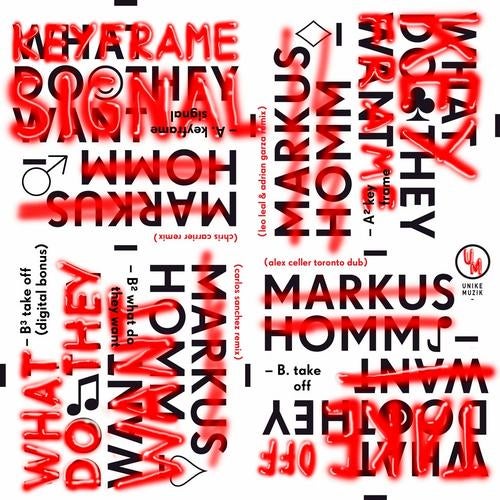 At an early age Markus Homm was inspired by the sounds that kept him dancing as an early teen. The Romanian born producer has made quite the impression on electronic music since then. Producing since 2006 often alone or with his production partner and fellow Romanian, Mihai Popovichu, Homm's sound has translated into a unique style of dance music ranging from Deep House to Tech House. Among other collaborations is The Highgrade Disharmonic Orchestra, his latest live project, alongside label colleagues Tom Clark, Todd Bodine, and Dale und Daniel Dreier. The group made an amazing debut in the summer of 2010 at Watergate proving how Homm moves consistently forward and continues his playful exploration of the bond between music and body.

With successful releases on various labels like Highgrade Records and Diynamic Music, Markus Homm's Remixes EP on Unike Musik, follows up with 4 re-touches of his latest work for the label. New York's Mexican Leo Leal & Guadalajara's own Adrian Garza team up for an international collaboration on Homm's Key Frame. The duo's dripping acid inspired remix reverberates dark bass sounds and pops in filtered doses of dreamy pads on top of glimmering effects.

Next the french legend, Chris Carrier, takes over remix duties for Homm's Keyframe Signal, a soaring infusion of polished analog sounds and spunky tech percussion. The Greek producer, turned Londoner, Alex Celler, supplies a stunning rendition of Take Off, as bumping bass and tonal toms ignite this widely deep mover and shaker. 8bit's Carlos Sanchez polishes off the release with his take on What Do They Want, attracting fans of tougher sounds from the days of vinyl and stomping underground.

Homm's dedication and impact has inspired a multi faceted EP with remixes that continue this notorious producer's legacy through a wide array of deep energy.

What Do They Want / Remixes