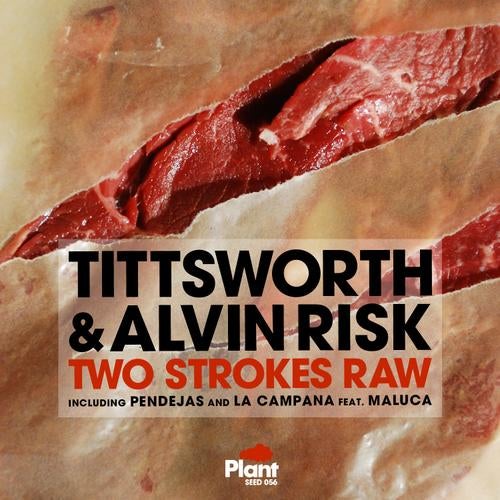 It's been a minute since the world has heard from Jesse Tittsworth but rest assured, it's been worth the wait. Titts recently linked up with fellow DC producer Alvin Risk for the outstanding "Two Strokes Raw" EP, a four song offering that touches on rave, house, club and moombahton. The monstrous "Pendejas" (meaning moronic girl) is a moombahton crusher that is a sinister concoction of thumping bass, Island-flavored drums and relentless sirens. With early support from moombahton's inventor Dave Nada (it's on his moombahton compilation coming out on Mad Decent), Diplo, Toddla T and Munchi, this massive chune is ready for the floor, whether your cup of tea is bass, electro or dancehall. Continuing in this vein is "Carta Boost" which sees Tittsworth and Alvin Risk link up with Baltimore Club veteran Scottie B for a modern take on Bmore that starts uptempo but then unexpectedly drops into a moombahton pace with pitched-down vocal samples and ravey synth stabs. The tempo gets picked up again with "Porcacheese," a whirlwind, sinewy electro number. Wrapping up the EP with an exclamation point is "La Campana" which features New York-Dominican bad girl Maluca getting busy on this peak hour club killer with some nasty Spanish vocals over a stomping, syncopated club track that is both funky and hard as hell.