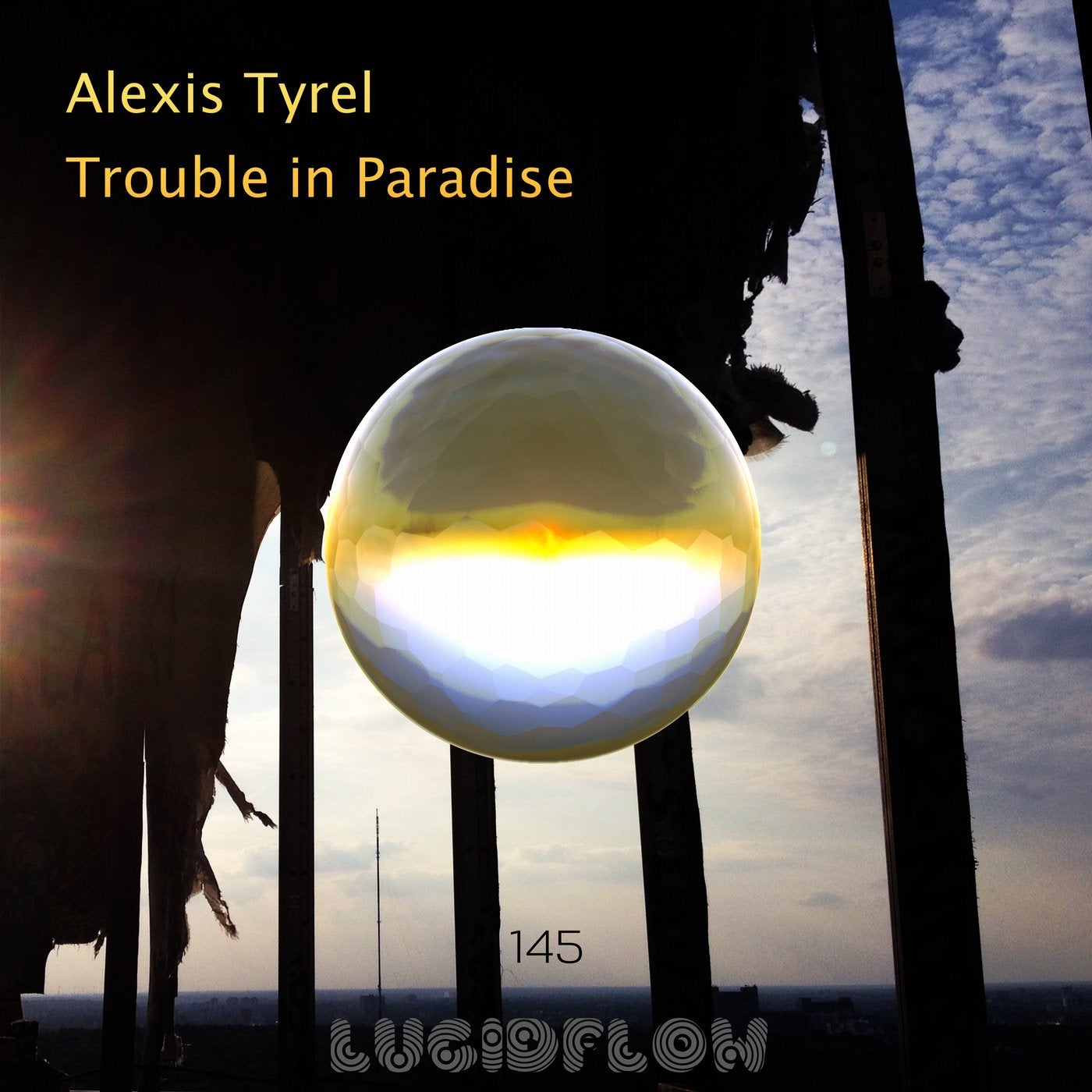 Prominent Dutch producer Alexis Tyrel is the next face to guest on the Lucidflow imprint with 'Trouble In Paradise', slotting in as the 145th release on the label. Also known simply as Gideon, he has been releasing on his own label 'Lessismore' and it's child label 'Anticlub'. Outside of this, guest appearances have been impressive, gracing the likes of Nervous Records, Knowone, Motech and Sino over the years. His trademark has been that of percussive, melodic techno, and this appearance sees him take to the Lucidflow template with ease..Opener 'Alternative Route To Paradise' is driving and takes off as it introduces its synthetic orchestra touches over the breakdowns. Drama is at the fore here with no airs of pretentiousness.Following this 'Goodday In Paradise' is unsurprisingly full of cheerful vibes. Easily cruising along, it'll have you throwing back to the good old days of flinging cash into an Outrun arcade machine and imagining you are speeding along the US coastline. It is full of foamy pads, pastel melodies and is absolutely sun kissed.Finally 'Shark Catcher' goes for full on hypnotism with its syncopated stabs and 34 flourishes. It's driving yet still dreamy, and the dynamism in production is utterly engaging.'Trouble In Paradise' is available on 30th October 2017.Other FeedbackNadja Lind Klartraum (Lucidflow, Bandcamp, others): "superb! in my sets to come + radio shows on http:friskyradio.comshowlucidflow and http:pioneerdjradio.comshowlucidflow" (will chart) (will play) Deep Stories (): "will be played on our next radioshow in two weeks.really nice instrumental build up! full support :)" (will play) Manuel De Lorenzi (): "thanx for the music. great ep" dubiks (): "Alexis Tyrel its on our Radar for a while,supporting and promoting,on #dubiksmusiccharts We will continue with this one also,even more on Lucidflow " (will chart) (will play) Nino (): "airplay in altroverso" (will chart) (will play) Meriem Medusaeus (): "" (will play) Sossa (): "nice release full support" Giuliano Rodrigues (Flowing Movement Music): "Shark Catcher, love it " (will chart) (will play) Ronin (Beirut in the mix): "Thank you! love the 3 of them ;)" (will play) Laurent Diouf (Wreck This Mess): "another wtm's playlist is coming soon;)" (will play) Jam El Mar (Jam & Spoon): "Goodday in Paradise is for me - nice track! Thanks!" (will play) Frankie Deep (): "GREAT EP!!! Thank's!!! " (will play) DJ Franksen (plastic city, treibjagd records, sinnmusik, embi music ): "doubting that a shark catcher could deal with such delicate and extended delays, but i can. the good trouble is: echoes n space are my paradise!" (will play) Supagroove (aka Mark J) (Ahoren Music): "superb! shark catcher is my fav" (will play) Alexis Tyrel (): "Feedback for checking the masters" (will chart) Helmut Ebritsch (Many): "" (will chart)