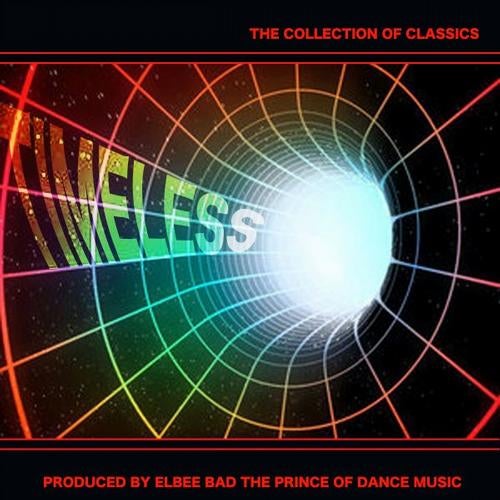 The songs are simply timeless! Most songs released from 1988 - 1993 on various labels (NuGroove, USA, LaRhon, City Limits, Red Heat and more) Thru the years the Prince Of Dance Musics productions are still being played in clubs by both older djs and younger ones who have just discovered them. Track number(s) 1, 2, 7, 10, 12, 13 are classics. Most songs are quite unique! So unique, so different that they had a hard and painful route to get labels interested to release them! 7 of these 12"s were REreleased about 10 years after the originals came out, on HOT in FASHION record labels at that particular time (10 years later) including International DJ Gigolo, Compost, and Container records. Not only rereleased but some of BAD Productions songs have been remade over, covered. The labels Warp, Relief, Star 69 & Cafe Del Mar all have cover versions of songs appearing on Timeless. THE MUSIC IS KICKING origi CITY LIMITS covered on RELIEF. SHOW ME origi PROJECT X covered on STAR69 NEW AGE OF FAITH origi NUGROOVE covered ALOT with the new versions appearing on Warp, Cafe Del Mar, Sabres Of Paradise, FComunications, ZYX and a handfull of others. The sad part of the story is that most who covered it did not give mention to as where the song originally came from! Same Information NOT given to publishers too!! BAM!! Ooooh!!! AND OUCH!! anyway...back to the POSITIVE! YEAR after year the original 12"s have been worth more and more money! Bonifide classics! Highest price we have found was 138 UK pounds for the NuGroove 12" TRUE STORY OF HOUSE which includes NEW AGE OF FAITH. JUST DONT STOP THE DANCE! 1988 LB BADS 1st song that made it to vinyl! 2005 rereleased on Compost 2008 rereleased on Wagram I LIKE TO MOVE! 1990 Red Heat 2004 rereleased on House Music VIDEO youtube.com/badbalenax THE MUSIC IS KICKIN! 1990 City Limits 2001 covered by SNAP MODE on Relief SHOW ME 1991 Project X 2000 rereleased on Nitsa 2001 covered by Susanne Palmer- Star 69 TRUE STORY OF HOUSE 1989 Nugroove 1995 rereleased on Gigolo NEW AGE OF HOUSE 1989 USA 1995 rereleased on Gigolo 1999 rereleased on Gigolo 2006 rereleased on Gigolo NEW AGE OF FAITH 1988 Nugroove 1993 covered by Andrew Weatherall released on Warp, React, Cafe Del Mar & others for example Maxence Cyrin, Instrumental Acoustek, and we even came across a guy posted on youtube his version of NEW AGE OF FAITH! THE SONG THAT TOPS CHILL OUT COMPILATIONS THE WORLD OVER...A NEW AGE OF FAITH...Its about TIME!