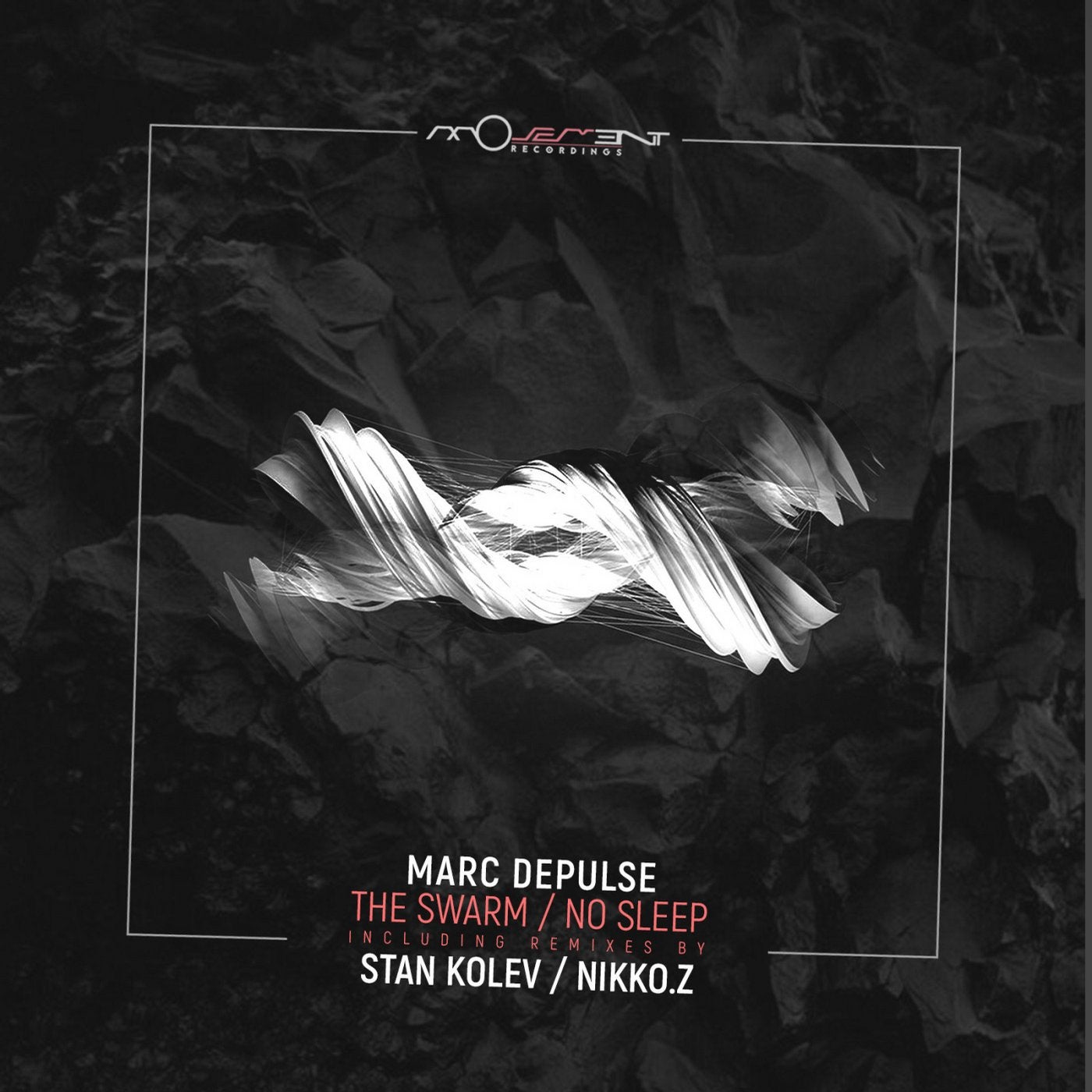 The latest release on Tash's Movement Recordings welcomes Marc DePulse to the label for his debut EP. The German artist closed out a successful 2017 with the release of his critically acclaimed 'Kontrollverlust' on Einmusika. Marc has also been a regular contributor to Selador, Parquet Recordings, Click Records and his own Jeahmon imprint. You might say his Movement Recordings debut is long overdue and thus highly anticipated, coming alongside remixes from Stan Kolev and Nikko.Z.

Known for his pristinely produced and distinctly modern productions Marc showcases some of his finest ever work on the lead track 'The Swarm'. Aptly coined with it's buzzing synth motifs, it's an engaging eight minute journey built around punchy beats and tight rhythmic structures. Melancholia comes in the form of a tastefully twisted arp which ebbs and flows throughout the framework, before building to a cosmic sizzle during the main break. The companion piece 'No Sleep' proves to be the ideal complement with it's shifted rhythms and gentle yet all encompassing purr. Wonderfully warped in all the right ways it's a cross pollinated slice of electronica tech that's sure to delight even the most discerning of dance floors.

The lone interpretation of 'The Swarm' is provided by Stan Kolev who is making his Movement Recordings debut. The Bulgarian artist has been a mainstay of the electronic music underground for well over a decade. Releases on Armada, Blackhole and Spinnin highlight his discography. More recently Stan has been dominating Beatport's Progressive House charts with a string of outings on his Outta Limits imprints. Now making his first appearance on Movement he takes 'The Swarm' into pure progressive territory with a warm, rolling groove and free flowing rhythms. The main theme translates wonderfully, shifting energy into a stripped down second act and building tension through a haze of astral effects, before a massive drop seals it's dance floor brilliance.

The release concludes with Nikko.Z returning to the label for his 13th appearance. The Dopamine Music label boss last appeared on the Greek imprint in June of 2016 with his 'Movement' single. The long time Hernan Cattaneo favourite now closes the release out with a brooding interpretation of 'No Sleep'. On a backbone of broken beats comes tantalizing electronics and dulcet motifs, before eventually breaking down into a trail of sonic artifacts and devilish synths. A stunning interpretation from Nikko who shows just how vast his studio repertoire can be. It rounds out a hugely successful Movement Recordings debut for Marc DePulse who continues to impress with each successive outing.