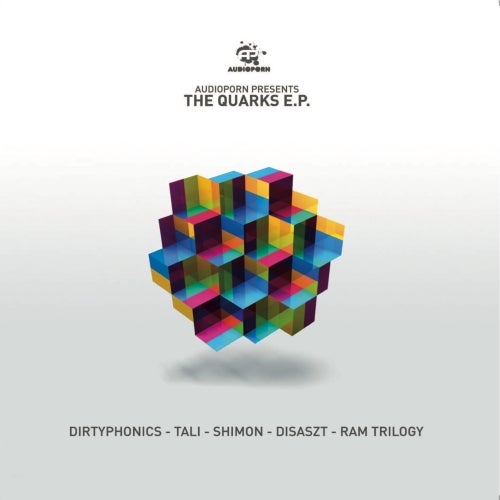 The title track ‘Quarks’ from the Parisian Dirtyphonics crew is a crazy half-stepping, dub-
stepping madman of a tune that proves you can never have too many drops in one track! Crisp
production, thumping bass, an electro-house inspired synth riff and three or four different
breaks make this a breath of fresh air on any dance floor. We dare you not to move to this!

Then the guys team up with the first lady of D&B, MC Tali, for ‘The Secret’; a more straight
forward slice of vocal-led beats to get the hands in air and the feet firmly on the floor. Again the
production is tight and proves this French foursome have a lot more to come.

On to the second 12” and Shimon teams up with his old pals Andy C and Ant Miles under their
Ram Trilogy guise to produce the dirty, low slung funker ‘Asylum’. If you’ve been out over the
last six months you won’t have failed to hear this with it’s head numbing intro and undulating
bass drop that just rolls and rolls as only a Ram Trilogy track could. Awesome stuff.