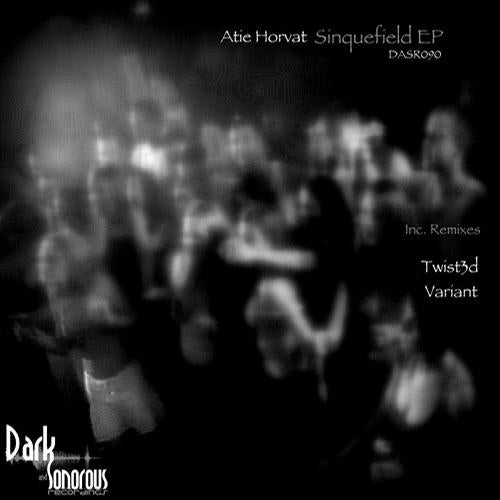 Dark and Sonorous Recordings presents: "Sinquefield EP" by Atie Horvat with remixes by Twist3d and Variant. Atie Horvat was born on the 24th on June, 1989 in the former Socialist Federal Republic of Yugoslavia (today Serbia). Music has always been a part of his interests, always wanted to become a DJ, taking after his father (who was active in the 70s and 80s and hosted a locally famous radio show for 6 years in the 2000s). He grew up listening to classic disco hits, Trance and Rave. After the divorce of his parents, his taste changed drastically and he only found relief in Heavy- and Death Metal for 3 years (Korn, Slipknot, Machine Head, Morbid Angel,etc). During his high school years he frequented clubs and house-parties, which led to a new shift in musical taste, being Trance, and by time, Minimal. When he first discovered Ritchie Hawtins sets, he immediately became a fanatic. Not only him, but the whole M_NUS family had a huge influence for 2-3 years. Enjoy!