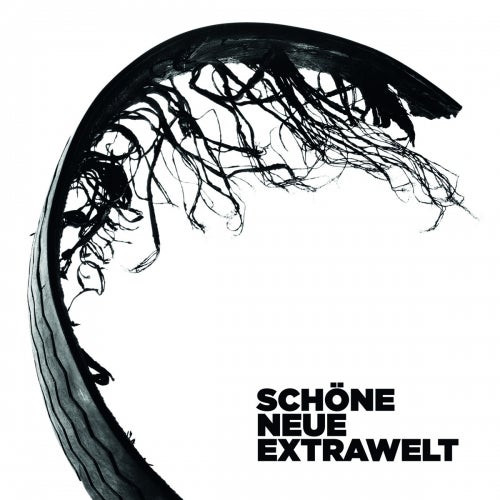 "It's all about hooking up our music to the emotional world of electronic music at the beginning of the Nineties, however, without falling for nostalgic references. We don't want to do cowardly Zeitgeist Techno, we want to have the heart to dare big sounds and more melodies. Sunrise scenarios, energy, revolution and kaput-ness, all these are parts of the Extrawelt." (Extrawelt, 2008) However, don't panic: even if the aesthetics of the debut album of the two Hamburg born artists Arne Schaffhausen und Wayan Raabe is affected by the attentive observation of electronic dance music over the last fifteen years, the "Schöne Neue Extrawelt" is above all this: Premium Techno 2008! The Hamburg-based producer team has been unmistakably imprinting the last three years' club sound with widely noticed releases on Border Community ("Sooper Track"), Traum Schallplatten ("Doch Doch") and Cocoon Recordings ("Titelheld") as well as with remixes for Gregor Tresher, Minilogue or Alexander Kowalski - last but not least due to an excellent live presence, that resulted in the second rank in the Groove Live Act Charts, even still without the accompanying long player. The work on "Schöne Neue Extrawelt" started more than two years ago for Schaffhausen and Raabe. "The initial idea was to present an album covering all styles of electronic music between Ambient, Breakbeats and Techno. When we had 25 tracks for the album ready, we had to realize that this approach did not work for us. Insofar, we finally decided to use the 4/4 bass drum in all tracks except in the little intermezzo "Kurt Curtain". We have tested all tracks live over the last three months and constantly re-interpreted them. So, the 'danceability' is clearly in our focus, but the sound spectrum and the dramaturgy of the titles should not be solely functioning in the club. Our intention was definitely not to deliver an album full of superficial peak time hits." Those twelve tracks on "Schöne Neue Extrawelt", all unreleased, are therefore primarily representing a pleasurable 'in-between', the organic development of hypnotically compressed dance music that is more than "just" Minimal Techno, reduced Trance or electronic listening sounds of the Warp era - even all those elements have left their marks. From the richly decorated musical-clock-intro "One Tree Hill" via the stereo singing bowl of "Trümmerfeld" to the asian-sounding creaking of "Daten Raten", Extrawelt celebrate a vision of futuristic melancholy with organic detail richness, which is permanently in motion but is nevertheless seeming to be well-balanced. However, in the Extrawelt universe, one gets along quite well with antagonisms. "We have always been polarizing, not only in the Techno scene, also in the Trance scene. Because in the end, "Schöne Neue Extrawelt" - freely adapted from Aldous Huxley - is now not only a big neon-coloured future, but is likewise positioned in the often disillusioning grey of the here and now."