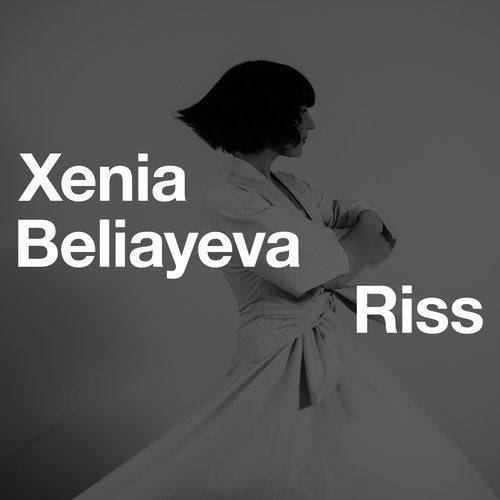 The next artist to release on the label is Russian DJ, producer and vocalist Xenia Beliayeva, whose career was kickstarted when Kraftwerk asked her to frame their performance at the inauguration of the Centre For Art and Media Technology (ZKM) in Karlsruhe alongside Laurent Garnier.

With 12? releases under her belt on imprints like Datapunk, Different, Systematic Recordings as well as a full-length album debut Ever Since on Shitkatapult, she travelled through Europe and faraway countries like Ukraine, Australia, Russia or Brazil where she won a Factoid Award for the Best Live Performance twice in a row.

During her live concerts, she fronts the stage with a unique, multilingual vocalist style and pure presence, exploring various electronic territories but also feeling at home in the darker, kind of Goth-flavored as well as synth and non-mainstream pop areas.

Xenia's new album is an electronic journey called Riss, a German word for crack or fracture. The relevance of its name takes on its full meaning from the ingenious merge of contrasting musical influences prevalent throughout the album, disrupting genre codes to create a unique, unconventionally fiery vibe.