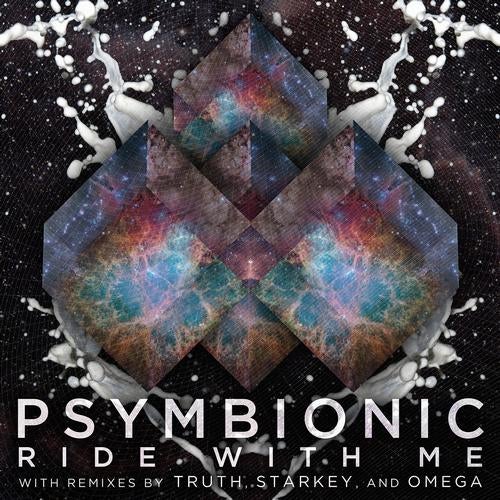 Just in time for spring, the Bay Areas own bass music powerhouse MalLabel Music is ready to release Ride With Me, a club shaking EP from Austin, Texas producer Psymbionic. The EP comprises two original banging Psymbionic tracks and three remixes by an array of the best in bass music.

The first track is the upbeat and boisterous Potential, a jaunty track full of bass switches, old school throw back rave noises, and sure to get a party going. The second original tune is the title track, Ride. The original Psymbionic mix is a bold and infectious peak hour dubstep tune. The first of the three remixes of Ride takes the tune to a bit of a darker space and comes from New Zealand duo Truth. The second remix is a sweltering, massive chop up by the one and only East Coast bass legend Starky that slaloms slickly between different beat structures. The final remix of Ride is a commanding, belting drumstep rework by Omega. All three remixes are successfully diverse and still each carry the original tracks mood

Psymbionic is poised to make big things happen with his own brand of beats, playing a bit on West Coast hip hop flavor and pushing the edge of straightforward dance floor bass drops. 2012 has already been a massively inspiring year for MalLabel music, and Psymbionic is a perfect edition to the MalLabel stable. Watch this rising talent in the months to come.