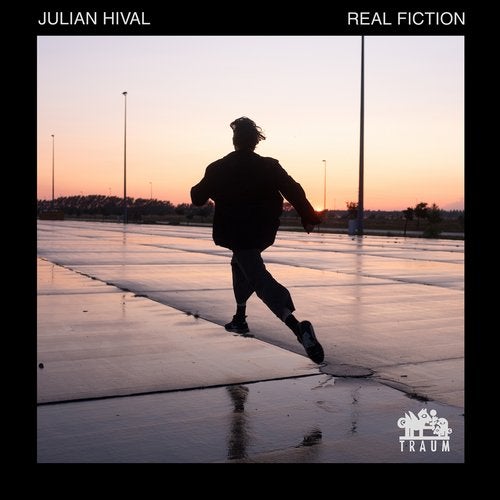 Julian Hival aka Frederik Poisquet started out as a singer & songwriter writing pop music and folk songs.
He also graduated at the "School of Arts" (Ghent) in experimental film. For Julian that was beneficial for his music making. His music shifted gradually from subtle electronic music with his pevious band to more fully electronic music he is now directing 100%% on his own. He says: "I get a lot of my inspiration from my background in film. I just graduated at the School of Arts Ghent in experimental film. Ive been making experimental film and video art for 6 years now. My music is heavily influenced by film. I think music and film are not so different from each other since you have this certain timeline which you have to fill up with an interesting tension arc".

He has recently shifted more toward music making as this incorporates ultimate stimulation for him: "My heart lays more with music nowadays. I recently came to the conclusion that the most beautiful 'visual artwork' is a good song, since this stimulates the imagination, and leaves it open for interpretation as well. My music is the soundtrack to a fictional, visual world that plays in my head".

"Real Fiction" was the first track written for his project and it shows a magical way of recording music and it seems as if the sound was attached to strings which come from heaven never touching the ground.
As Julian puts it in his own words: "I kind of made up a fictional world in my head, its quite futuristic, nightly, magical, mysterious and dreamlike. I love semi-futuristic / in neon drenched films like "Enter the Void"".

"Limerence" connects right from the beginning with the dancing community with a strong beat but voices heaven like vocals to build a cinematic cosmos not unlike the opening song. Sounds and effects circulate and shape amazing spaces. The acoustic quality embraces you in a special way.

"Electrify" builds up slowly creating a lot of suspense by strings that reverb beyond the conscious and a melody that sits perfectly upright and spits out a firework of notes to bring light to the composition. Superb and breathtaking also the break which follows shows a lot of acoustic finesse and an amazing vocal which targets at your heart and establishes an altitude on a big scale.

The EP is rounded off with a beautiful vocal ambient track called "Cassette that acts in a wave like fashion, shaping these dynamic ups and downs of occasional short lived outbursts that melt down as if they never occurred. Timeless beauty.

Are we more than this?
Or am I less like you?
Guess its not at stake,
I was on replay

When did I fall back?
When was I displaced?
Ive gotta follow soon
To keep the noise away