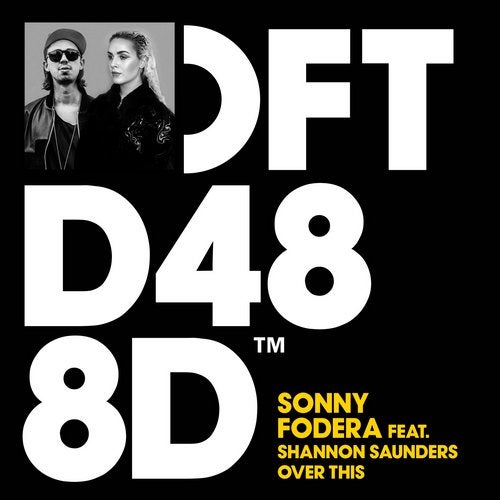 2015 was without doubt Sonny Fodera's year, and that looks to continue in to 2016. With a relentless touring schedule, taking in the best hotspots around the world, he brought his intuitive, fresh, approach to DJing to receptive international crowds. He's proved his worth as a producer as well, with a Beatport No 1 under his belt, plus a string of other successful singles.

Sonny's production style is luscious and emotive on 'Over This', maximising the sensual tone of Shannon Saunders's velvety voice. It has all the hallmarks of a summer smash, its twinkling piano intro and effortlessly soft vocals balanced by a sizeable club beat. It's a track made with Sonny's festival sets in mind and will inevitably become a highlight of his live repertoire. The Extended Mix is accompanied by the Club Mix which takes the track deeper, giving it a late-night club feel.

This release demonstrates Sonny's signature style, focusing on the vocal end of the spectrum whilst retaining his strong understanding of how to make clubs bounce.