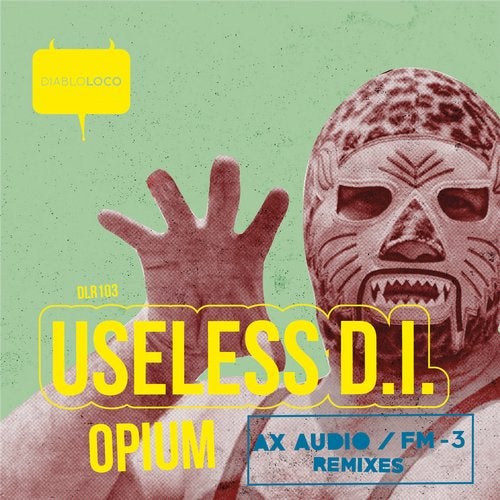 El Ave De las Tempestades aka USELESS D.I. the mighty and wicked fonky Luchador is back! He was forced to take a long trip from his beloved Jungle of Guriamba to the other side of the world, deep inside the mystery channels of Asian land, into the country of Malosia! He has the mission to identify and fight against a bunch of ultra thrilling female villains, the gang of Pom Pom Ninjas, a band of vengeful cheerleader shinobi. Stacy K, their leader, has a personal grudge against Luchadores and she's one of the most skillful karate fighters in whole universe. During the battle Stacy perforemd a new extraordinary move called "Opium" and almost won Useless but, all of a sudden, fresh Luchadores Misterioso Grande aka AX AUDIO (av evil wrestler from the dream world) and Snow Pea aka FM-3 (a small, baby-like Spanish Luchador who's got gentle manners but he turns to an unstoppable fighter during wrestling) came over and helped Useless to recover almost immediatelly! All together fight against Ninjas, defeated them and imprisoned Stacy to the undeeground prison of Siuatchu where the rice is green and the rats are eating sushi!