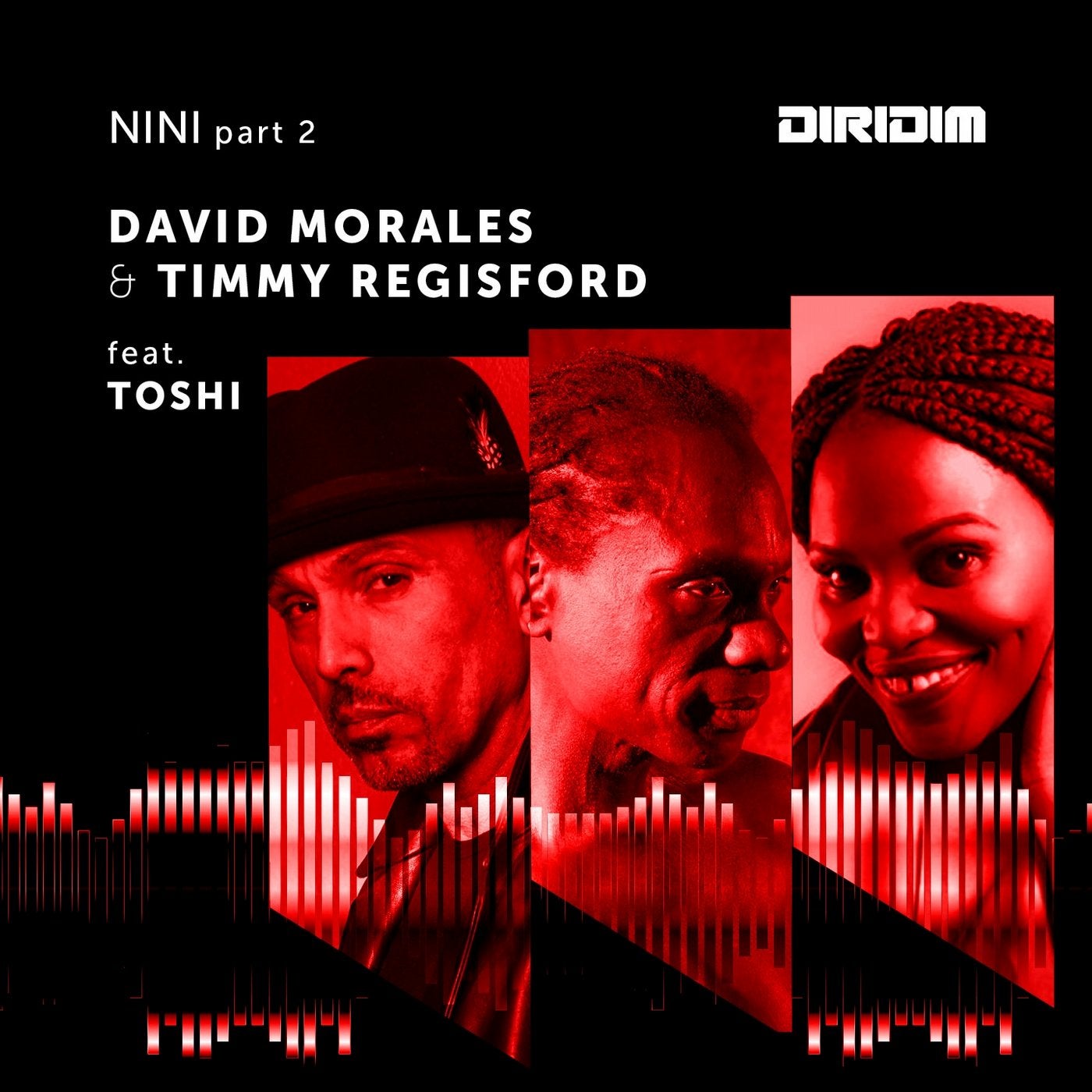 Hot off the heels of 'NINI' Part 1 from David, Timmy and Toshi, which received the thumbs up from DJ heavyweights such as Nicole Moudaber, Roger Sanchez, Francois k, Chus & Ceballos, DJ Spinna, Richy Ahmed and many more, Diridim gets ready to unleash Part 2 of this magical release!

'NINI', which means 'Until When', is ripe with magical Afrocentric vibes and enchanting vocals from Toshi, which carry a strong message to follow wisdom, sung in Xhosa (the beautiful language of South Africa's Nguni). Jumping into Part 2, David Morales whack's up the heat, delivering 3 powerful new Red Zone mixes where bold, tenacious afro beats, atmospheric synthscapes and hooky arpeggios ebb and flow around Toshi's stunning voice. Timmy Regisford also delivers a superb new mix and instrumental, injecting some sublime Hammond slaying into a worldly musical tapestry abound with earthy drums and hypnotic hooks that flow beautifully around the song.

Not really needing an introduction, New York House Music legends David Morales and Timmy Regisford have each been shaping and contributing to the dance music world for more than 35 years! And there is no sign of either of them stopping any time soon as they both continue to uphold busy gig schedules and create some of their best music to date.

Cape Town's Toshi Tikolo is one of the leading voices on the Afro House scene. Her distinctive tones have graced some of the biggest tracks the genre has seen in recent years, including 'BUYA' with Black Coffee and 'Ngeke' with Armonica including the massive remix from Andhim. She released her debut album 'Ubuhle Bendalo' and has worked with some heavyweight producer names including David Morales, Stones & Bones, Afro Warriors, Fabio Aurea, Saint Eno, DJ Kabila, Lemon & Herb and many more, alongside her solo tracks. Autumn 2019 saw the release of her collaborative album with Timmy Regisford 'Life Music' on Quantize Recordings to great acclaim.