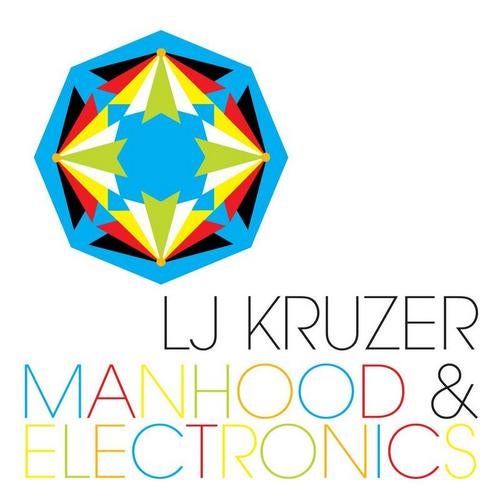 Following the release of his debut album 'This is How I Write' and several years of gigging around the UK and France, culminating in a memorable live set at the Big Chill festival, as well as hosting his famous annual electronic carol services in London, LJ Kruzer returned to the studio to create a more streamlined sound, where the emphasis moved from beats and melody to variations in sonic texture, drawing inspiration from a broad spectrum of contemporary electronic music and pioneers such as Brian Eno and Isao Tomita, the results of which can be heard on his second album 'Manhood & Electronics'. He says of the album, "the writing process is rhythm-based, even if the end product isn't obviously so - I treat the melodic elements as abstract complementary patterns and repeat these patterns in different timbres and combinations to try and create more emotive music... the album itself is a contemplation of one's life and place in the world, written while on the verge of fatherhood, told through wordless computer music. 'Manhood' is represented by the piano & other acoustic-type sounds in the music; 'electronics' by synthesizers, although even the acoustic instrument sounds are synthetic. some tunes feature recordings of the room sounds made (chair creaking, mouse clicking et cetera) while different parts were being recorded through cables - this was in a bid to add more of myself and my environment into the music".