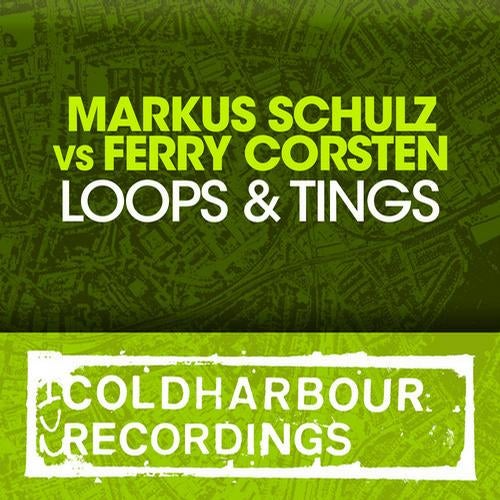 Two friends doing what they do best - and paying homage to one of dance music's most iconic anthems in the process. The tag team of Markus Schulz and Ferry Corsten has provided many memorable moments in 2012 thus far, with notable back to back sets in Birmingham, Buenos Aires and Las Vegas to name a few, and each occasion highlights their resurrection of Loops & Tings. Originally released by Jens in 1993, Loops & Tings exemplified dance music's explosion throughout Europe in the early part of that decade. The theme became even more familiar to listeners worldwide when Marco V applied his touch ten years after the original, yielding oops & Tings relooped. Now with Markus Schulz on the verge of releasing his fourth artist album, Scream, he and Ferry Corsten conceive a fitting tribute for 2012 dancefloors.Debuted during Ferry's landmark 8 hour Corsten's Countdown episode 250 broadcast from New York City, Loops & Tings has become an instant request in both DJs' sets. From the Electric Daisy Carnivals in Las Vegas and New York to the Godskitchen Boombox inBuenos Aires, and from Markus and Ferry's respective Ibiza residencies at Privilege and Eden, their recreation allows the new wave of clubbers to enjoy that instantly recognisable melody,transcended from their previous generation. The next chapter of Loops & Tings is here, and it is a welcome tribute.