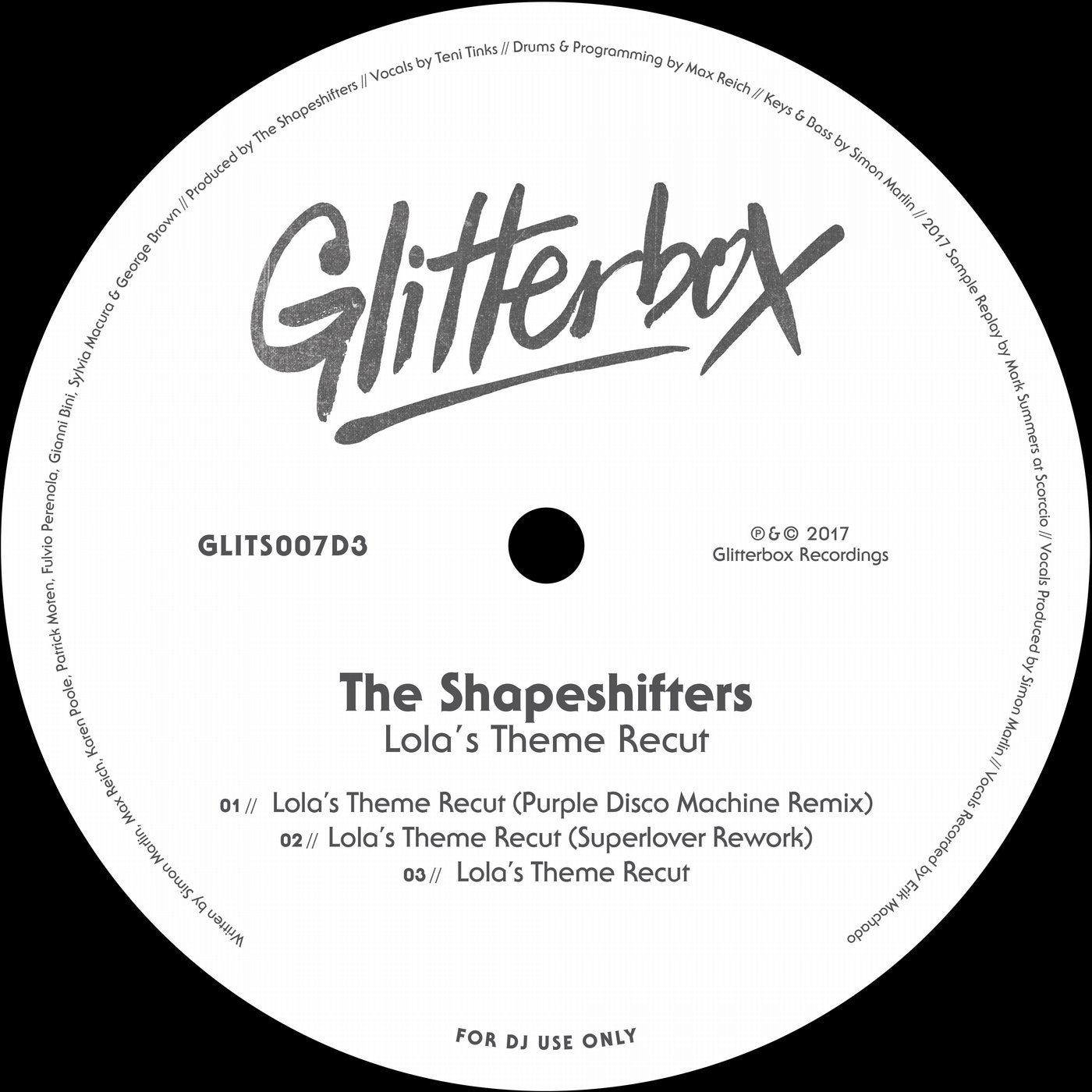 What is there to say about an iconic track like 'Lola's Theme'; a song that has transcended time, genres and trends since it was released in 2004. Thirteen years later and still sounding as relevant as ever, The Shapeshifters present a fresh Recut especially for the burgeoning Glitterbox Recordings imprint.

The 'Recut' itself, from The Shapeshifters themselves (aka Max Reich and Simon Marlin) is a tougher club version of the soulful original. Purple Disco Machine gives his customary blissed-out disco vibes, amped up by sumptuously saturated instrumentals and a live, festival feel. German producer Superlover, who is a familiar face on labels such as Suara and Mother, gets creative with the bassline, producing a deeper-reaching remix that still maintains the euphoric feel. Recruiting a seasoned master of the disco edit and Glitterbox favourite Purple Disco Machine as well as king of tight grooves Superlover, 'Lola's Theme Recut' is the perfect 2017 update to a timeless work of art.