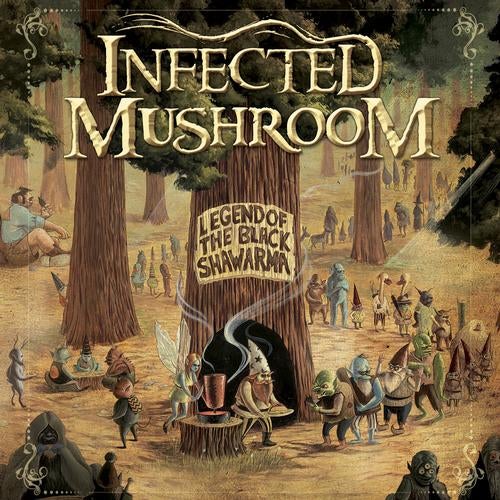 The true innovators of psy-trance have reached a new peak with this cutting-edge release, joining forces with Jonathan Davis, lead singer of Korn (on the pulse-pounding first single, "Smashing the Opponent"), and Perry Farrell of Jane's Addiction (who lends his voice to the majestic "Killing Time," a new anthem for the global financial meltdown), and pushing the boundaries of electro-trance-rock more radically than ever.

After a decade of relentless touring all over the globe and constant reinvention in the studio, they've amassed a fiercely loyal audience -- and those who've experienced the band's six prior albums and been infected by their revelatory live shows have learned to expect the unexpected. With "Legend," Infected Mushroom is set to unleash a global epidemic.

Legend Of The Black Shawarma