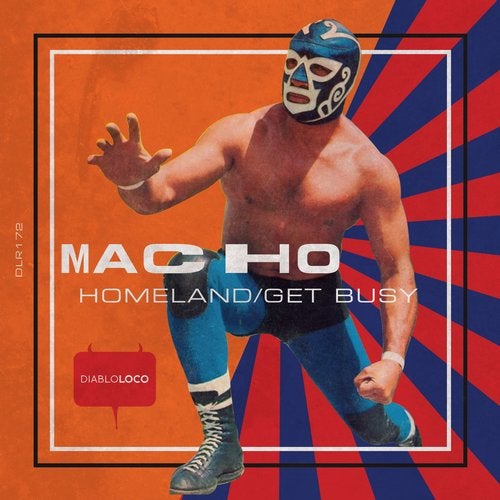 "El Demonio Azul" aka MACHO was a famous masked luchdore of the 1950s, a star of Mexican cinema and a main event competitor in the rings of Lucha Libre. His luck began to change for the worse in 1959 when he was suddenly stricken with a strange sleep disorder. To compound his difficulties, a crooked wrestling promoter/mobster by the name of Jack Molano showed up in the locker room after one of Macho's matches to demand Macho join his organization as an enforcer. Macho turned the offer down flat. Despite the warnings of his friend, The Jersey Devil, Macho wasn't worried about Molano and his cohorts and went about his business. Later that night, one of Molano's thugs shot Macho in the back as he attempted to leave the now-empty arena. Molano had two of his men stomp and beat Macho to near-death and shove him in a wooden crate. Believing Macho to be dead, Molano then instructed his men to stash the crate under the floor beneath the ring. That is where Macho would lie unconscious for over thirty years.