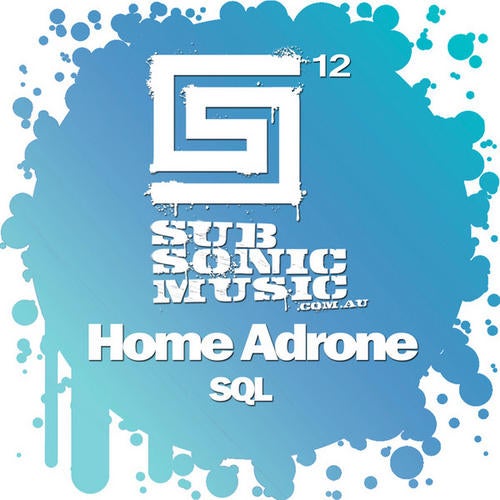 Subsonic Music's 12th release brings you another dancefloor slammer, "Home Adrone" by rising star SQL.
SQL is Pim Van Horssen. Still in his early 20's in 2009 his smash hit Distorted Reality found its way onto the playlists of the who's who of the minimal world, including Richie Hawtin, Marco carola and eventually right to the way to No.1 on the Beatport charts.

Blending cutting edge minimal, techno and house with fat production, hypnotic grooves and unique view to the future of dance music, the sounds from the SQL studios are now in demand by imprints from throughout the globe, including SK Supreme, Traum, Tribal Vision,Subsonic Music and more.

Sydney based JML who has had some great success recently on labels like BEEF,Subsonic Music and his own Vibrating Balance brings his trademark hypnotic progressive sound for this smooth and dynamic remix.