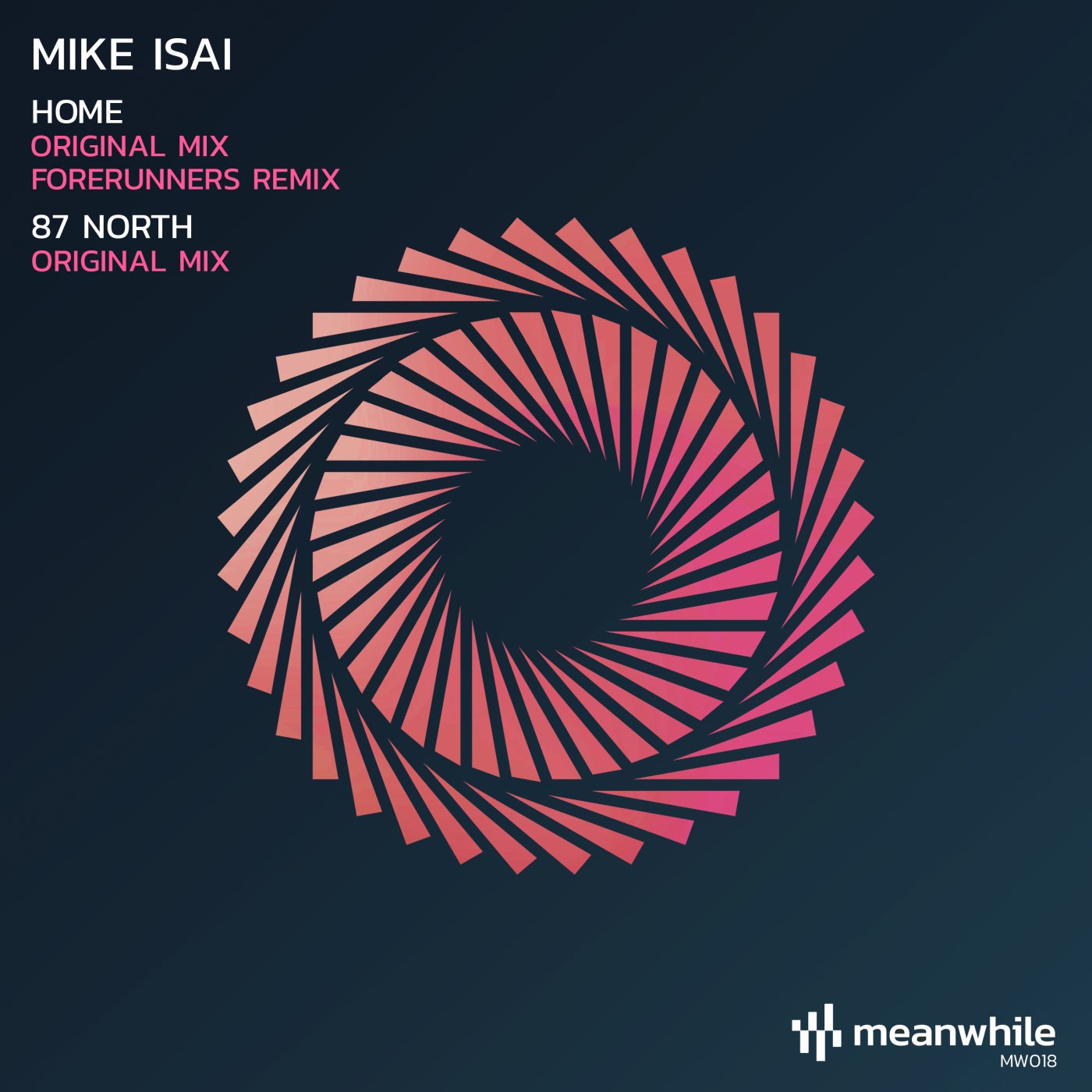 Operating out of his Brooklyn studio, Mike Isai is a new name to grace the Meanwhile catalogues as the Australian imprint delivers its 18th release with "Home / 87 North". A single remix comes from fellow US artist, Forerunners.

A relative newcomer to the Progressive House scene, Mike Isai's nascent production career has already seen a debut on the Nick Warren led, Hope Recordings, via September 2020's "Pillars to Butterflies" EP. A March 2021 reworking of Shanil Alox's "Algorithm" for Droid9 illustrated Isai's remix capabilities, as the US star now debuts on Meanwhile with his twin-tracker.

Opening proceedings, "Home" is a dark and sultry piece that pulsates hypnotically through its near 9-minute voyage with a panoply of textured layers and white-noise effects. Quickly hitting its stride, a pounding kick is accompanied by an immaculately syncopated synth motif that provides the basis for a counterpoint phrase to sit elegantly on top in glittering repetitive pattern. Reaching a rousing filtered denouement at the mid-point, "Home" drops back into a familiar arrangement as all elements combine to impressive effect in the third movement.

Continuing the powerful rhythmic framework of its partner, "87 North" immediately impresses with its 16th note bassline and seismic kick. Another syncopated synth loop provides an imposing trademark production technique as haunting melodies drift over the mid-range, drenched in reverb and white-noise washes. Coruscating pads add further intrigue as the 7-minute piece evolves, coming fully to the fore in a wall of sound' breakdown, before the second half picks up the pace again with percussive intensity. The juxtaposition of meandering melodic threads and bassline urgency thus creates an impressively woven dynamism.

Another new artist to grace Meanwhile finds Arizona based Brenden LaBonte creating a potent wave of success with his Forerunners moniker. With over a double century of production credits to his name for some of the finest modern dance imprints, Sudbeat Music, Anjunadeep, and Black Hole have all played host to the US artist's emotive soundscapes. Reworking "Home", the Forerunners remix is chock full of the trademark soundscapes that characterise LaBonte's work, with whispering melodies floating atop a powerful beat and ticking hi-hat groove. A relentless bassline sequence adds weight and poise over the 8-minute offering as subtle variations on Mike Isai's original make their presence felt. Pausing for breath at a spine-tingling mid-point, cadenced bass groove and subtle melodic prowess hit the heights in the latter stages.