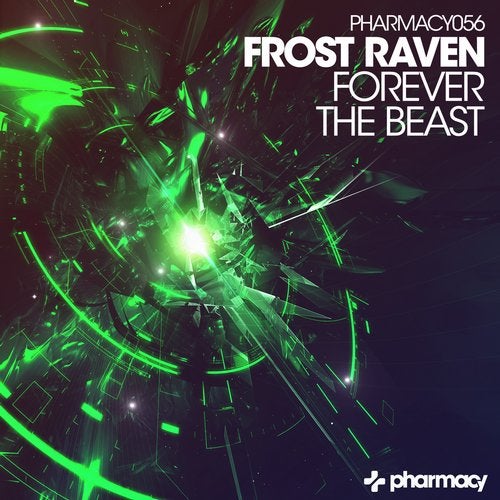 Frost Raven, aka Dustin Foxx Musser, is back and better than ever with his new release on Pharmacy music containing two dark techno influenced tracks, Forever and The Beast. Frost Raven has a background in post-production sound and a love for movies. His desire not to stay locked into one genre has helped him create his own unique sound, a mixture of psychedelic and underground but at the same time having an accessibility to today?s club sound. A prolific producer, Frost Raven plays a ton of his own original tracks in every set. A huge outdoor three-day festival, an intimate renegade party or a fancy nightclub. It doesn't matter, he'll be sure to take care of the dance-floor and that is what makes his original tracks so amazing.

Forever is a high energy track which steers clear of genre traditions, instead relying on the art of techno influenced percussion and sounds to achieve the same effect of a powerful trance track while remaining respectable while telling it?s story with class. Forever is the new direction of underground trance, sophisticated, dark and beautiful.

The Beast is so well conceived that it is impossible to give it one label. It is on one hand a techno track but with a dark emotive melody giving it a progressive house feel. The clever thing is that the melody is not an obvious cheesy synth laden melody. On the contrary, it is a distorted beast of a sound that has been crafted into a melody. Dark and sad yet uplifting all at once The Beast is absolutely mesmerizing.