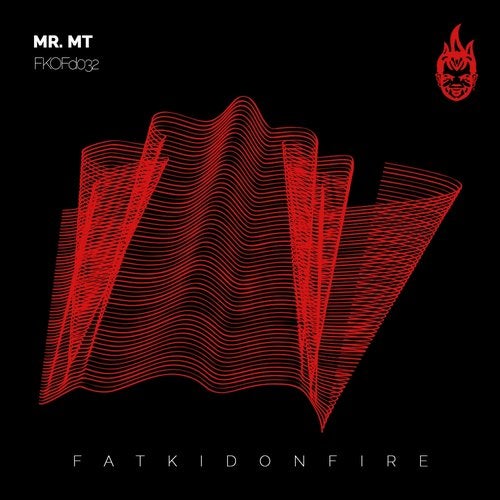 "It's been a quiet year for our digital imprint. Quieter than anticipated, but then we have been focusing on launching our vinyl imprint (and, once again, big up everyone who helped us launch and sell out FKOFv001 in three weeks)! However, we're ending 2017 with a monstrously weighty four track from the latest addition to the FKOF fam - another of our talented Dutch brethren who we think is destined for great things... "If you've been following the FKOF Sessions for any length of time, especially this year, you'll have heard our very own Korrupt play material from Mr. Mt - an Eindhovian who brings the type of forward-thinking bass music we've come to champion. We've been working with Merijn on his debut FKOFd032 release for many, many months and we could not be happier with the EP. "We close our fourth year as FKOFd with a four track that opens with 'Grizzly Dub'; sparse drums, crushing low end and succulent synth work. It lives up to its name, with more than enough swagger to announce itself and the rest of Mr. Mt's FKOFd release. 'Confusion Dub' continues the EP's trajectory with its relentless bassweight and addictive hi-hats, not to mention the about-turn during the second drop. If you like your bass heavy, 'Confusion Dub' is one for you. 'Footslogging', if you've not already been beaten into submission by FKOFd032, will surely be the end. This on a system is the one. It follows our tried and tested recipe for a banger: beats, bass and space. 'Footslogging' brings all three ingredients, and then some. We journey to a galaxy far, far away for the last track on the record, adventuring into the darkness with 'Invader Dub'. Can't go wrong with this one - it's material that deserves to be heard played loud and rewound as the second drop rolls through. "Mr. Mt's FKOFd032 has been a long time coming (and Merijn is testament to the hard-working and dedicated musicians we look to collaborate with) and we couldn't be prouder of the material or the artist." "Dedicated to Jordi van Eijndhoven. We miss you brother."