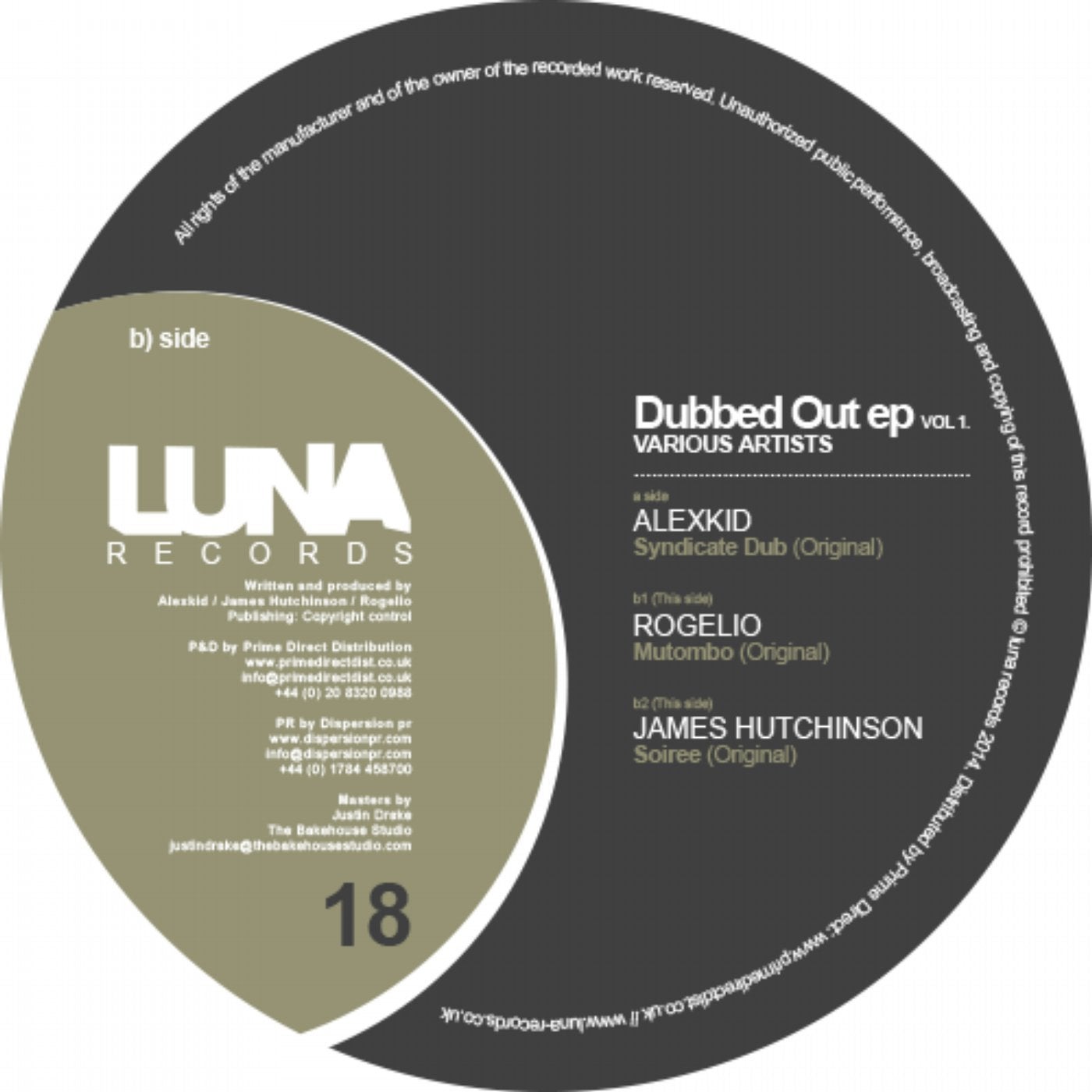 This October will see the return of Englands Luna Records with the Dubbed Out EP, a three- track package featuring material from Alexkid, Rogelio and James Hutchison.

The Luna Records imprint was launched in 2009 out of Northern England, and over its five years has consistently released striking material, welcoming the likes of Chris Lattner, DJ W!ld, So Inagawa and Matthias Tanzamann onto the imprint. The labels focus has been split between all original material from exciting new acts, as well as established producers alike, here we see the label push on with three new additions to the roster, welcoming Ovum / Rekids artist Alexkid, and two up and comers, namely Rogelio and James Hutchison.

Opening the release is Alexkids Syndicate Dub, seeing the Parisian artist offer up a bumpy low-slung cut fuelled by crunchy stripped-back drums and penetrating sub hits, laid out over six minutes with subtle nuances to the groove hidden in the depths of the composition.

James Hutchison then rounds off the package with Soiree, tipping the focus over towards organic rhythmic elements to lay the foundations, whilst menacing dub stabs and sweeping atmposherics smoothly unfold as the record progresses.

Luna returns with yet another brilliant club focused EP here, the Dubbed Out Various Artists release is out on Luna Records 29th October 2014.