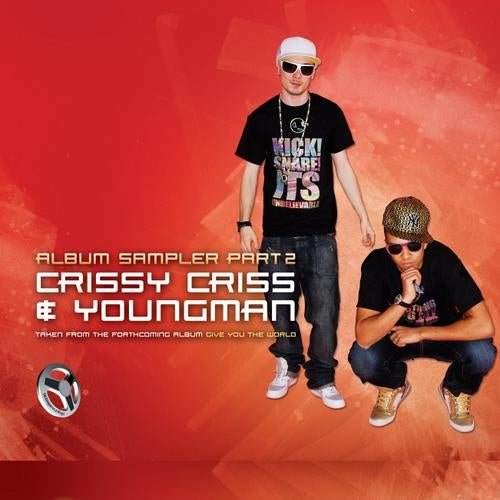 CRISSY CRISS & YOUNGMAN Give You The World Album Sampler - Part 2 A/ TURN IT UP ( Drum & Bass ) AA/ STOP ( Dubstep) These young up-and-coming stars of the scene are gearing up for their debut album and this is the second mouthwatering taster from it. 'Turn It Up' has been getting rewinds everywhere it's unleashed, thanks to the combination of soothing, musical touches and a grizzly, distorted drop that takes the track straight into peak-time dancefloor territory. 'Stop' shows these cats can turn their hand to dubstep with ease, with a slew of deadly basslines battling it out for supremacy. Deadly! DJ Support: Grooverider,Hype.MistaJam,Fabio,Benga,Skream,Rusko

Turn It Up / Stop ( Give You The World