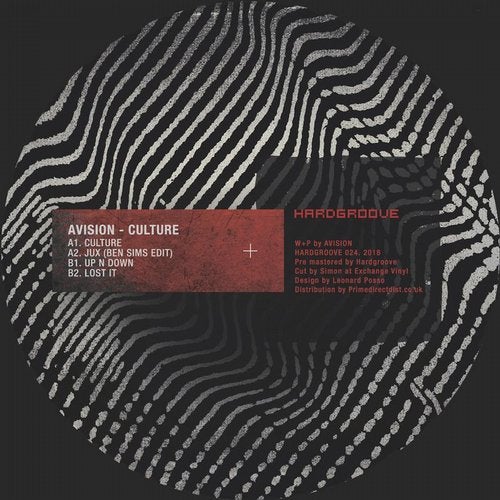 Avision makes his debut on Ben Sims' Hardgroove imprint with Culture, an EP comprising four memorable and kinetic techno cuts and including an edit from Sims himself.
Having previously cropped up on Mark Broom's Beard Man imprint, Avision (real name Anthony Cardinale) has a knack for turning in gritty grooves that draw on earthy, discoid constructs and that's exactly what we have here with 'Culture'.
From the eponymous opener throughout, staccato stabs characterise and propel the tracks in different ways - whether via rolling, almost-there disco loops, gleefully abrasive call and response rhythms or, in the case of Sims' edit of 'Jux', nifty vocal sample interplay.
True to Hardgroove form, 'Culture' is a release crafted for the dancefloor and delivers with exacting precision.