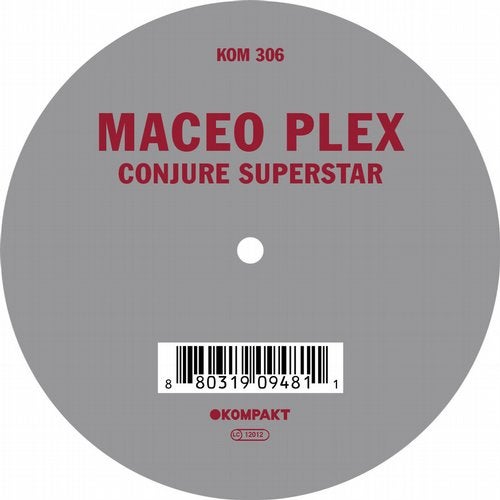 A dance music auteur with a decade-spanning career under his belt, MACEO PLEX is a man with many faces, having successfully rebranded global floors since the early noughties under various monickers, including his well-known Maetrik guise. But with power comes responsibility, as they say, and if there's one producer constantly hitting the right balance between underground antics and overground charade, it's the US-bred, Barcelona-based artist. A case in point would be future prime time banger CONJURE SUPERSTAR, a critical, yet highly danceable reading of current DJ hypes.

MACEO PLEX's latest cut is released exclusively by Kompakt and continues our collaboration with the internationally renowned beatsmith after his best-selling remix for GUSGUS' CROSSFADE (KOMPAKT DIGITAL 040). Equally kinetic and vigorous, CONJURE SUPERSTAR is a floor charmer of the highest order, sparkling with powerful sound minutiae while heading for the kind of melodic epicness that should for ever be announced with synth fanfares, starting now. It's also an integral part of the producer's ongoing "Conjure" series of releases, where he screens contemporary club culture for its creative (and human) pitfalls, stating his concern via the finely honed means of an accomplished studio magician and revered crowd favorite.