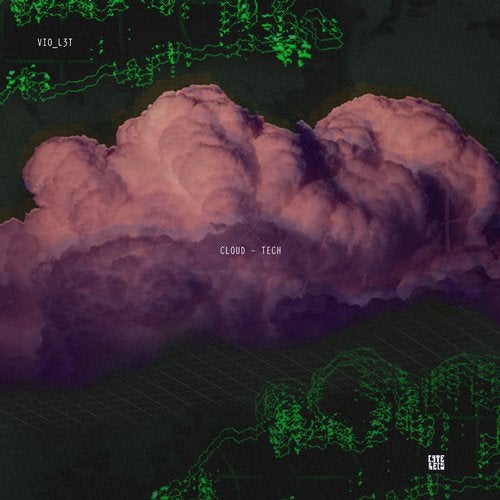 Coyote Records follow the release of Last Japan's seven-track epic, LUNA, with the re-lease of 'Cloud-Tech' ? the debut EP from emerging young producer, VIO_L3T. Often the first through the door at Coyote label parties in Bristol during 2016 and 2017, VIO_L3T has spent the last 18 months working on his debut record from his rural hometown of Castle Cary in Somerset, after sending the title-track as a demo in early 2016. Inspired by sci-fi, rap and the music of label mates like Silk Road Assassins, Marks and Letta, 'Cloud-Tech' bristles with discovery and the warm glow of a producer hitting his stride. ?The amount of change in my life over the past two years compared to the pre-vious 20 is huge?, VIO_L3T explains, ?and each track is like a timestamp of that period.? 'Cloud-Tech', heavily road-tested in the club and on Rinse FM over the last two years, begins as a grandiose, lighters-in-the-air symphony for the opening two minutes, before bursting into life as a thunderous and sludgy 808 beat, primed to shock and awe ? as it did here in London back in 2017. Follow-up EP tracks 'Sentinel' and 'Frag/Ment' then explore the depths of VIO_L3T's moonlit sound design, evoking images of misty-cold landscapes and lost, faraway worlds, before label mate E.M.M.A. ? fresh off the back of 2017 anthem 'Mindmaze' ? turns in a stunning, widescreen remix of 'Cloud-Tech' inspired by her own cosmic intuitions. 'Cloud-Tech' releases on 12? vinyl / digital via Coyote Records in May 2018.