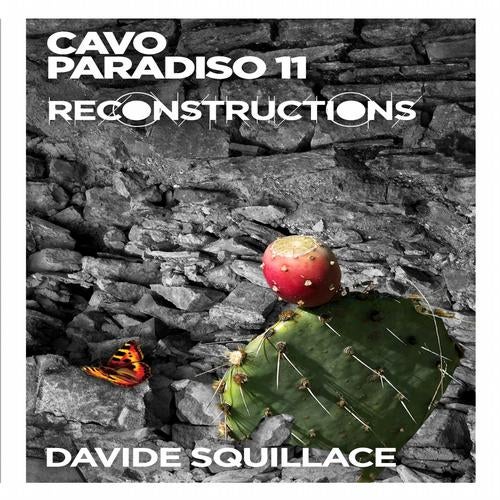 As the summer approaches there is excitement in the air around the beautiful Mediterranean Island of Mykonos, and especially at Cavo Paradiso headquarters,the legendary Greek club which has just being voted as one of the top ten clubs in the world. Cavo Paradiso is ready for it's best season to date and if the club's cd compilation is anything to go by, then we are all in for a treat!! The title of this project has being heavily influenced by the major renovation that's taking place at the club and and the dj mixing and compiling the cd is the Italian Davide Squillace.The Hideout records boss and Circo loco resident has come up with a mix that oozes summer appeal and fills one with excitement and expectation for the forthcoming season. A quick look at the track list proves that this sonic journey is full of uncompromising quality and underground ethos,in a market saturated and dictated by formulas.Artists such as Osunlade,DOP and Isolee provide an earthy,organic soundtrack which is implemented perfectly by the latest influences from the flourishing house and techno scene,by the likes of Cadenza's Reboot & Desolat's Guti,amongst many others. Davide,an expert on track selection,executes his mix with great precision and bags of finesse, using the brand new technology of the Traktor Kontrol S4 platform,and justifies why he is such a sought after dj. In a nutshell,Cavo Paradiso's Reconstructions by Davide Squillace is 70 minutes of summer bliss mixed lovingly by one of todays world finest dj talents......What a Bargain!!!!