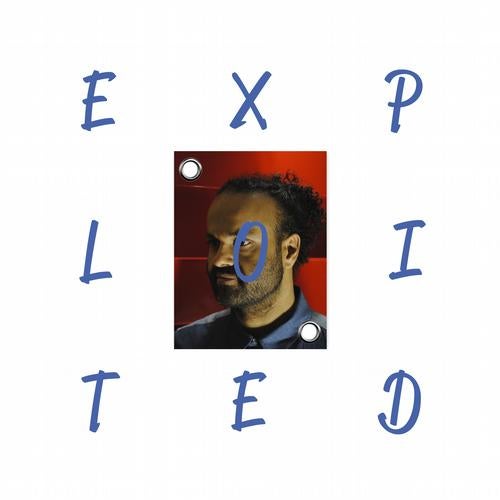 It's a great honour for us to welcome Anu Pillai aka Freeform Five on Exploited. Freeform Five's productions have been very influential in the past and "Brandy Alexander" is a great follow-up after all these years: An inspired mix of Prince, Blondie and Kraftwerk thrown into the acid house blender with a gracious nod to Ron Hardy. Anu Pillai is a veteran of the dance music scene. He started to release records on the seminal labels Classic, Glasgow Underground and NRK back in 1998. He soon worked his way into the premier league of remixers, producing some of the most stunning reworks of the last decade for artists as diverse as N*E*R*D, Jamie Lidell, Justin Timberlake, Felix da Housecat and The Killers – as well as work for cutting edge labels like Warp and Cocoon. Anu has also released Freeform Five’s debut album ‘Strangest Things’ on Atlantic records, two massive DJ mix albums, ‘Bisous Bisous II’ & ‘Misch Masch’ and contributed to several of Kitsuné’s genre defining compilations. Following a relentless touring schedule, Anu decided to take a break from Freeform Five a few years back to concentrate on writing, producing & remixing for the likes of Ladyhawke, Santigold, Lana Del Rey, Little Boots and Roisin Murphy amongst others. He also set up boundary-pushing label Perspex Recordings with releases from Chicago legend Derrick Carter, French rockers Poney Poney /Jamaica (produced by Xavier from Justice) and Swedish auteur The Subliminal Kid (producer of Fever Ray & Matthew Dear). Anu has always thought outside the box. His remix of Isolee’s ‘Beau Mot Plage’ redefined the art of remixing, juxtaposing the micro synthesis of the original with intricate Afro & Latin polyrhythms, creating a bona-fide house music classic. "Perspex Sex", "Electromagnetic" & "Eeeeaaooww" demonstrated how electronic experimentation can still be playful and eccentric, and it's with this same spirit that "Brandy Alexander" was created. Hand crafted with analog love on a System 100, TR808 and LM1 through a 53 series Neve. We hope you enjoy Freeform Five's current single "Brandy Alexander". Electroclash revamped for 2013. Remixes to come in 2014. Stay tuned.