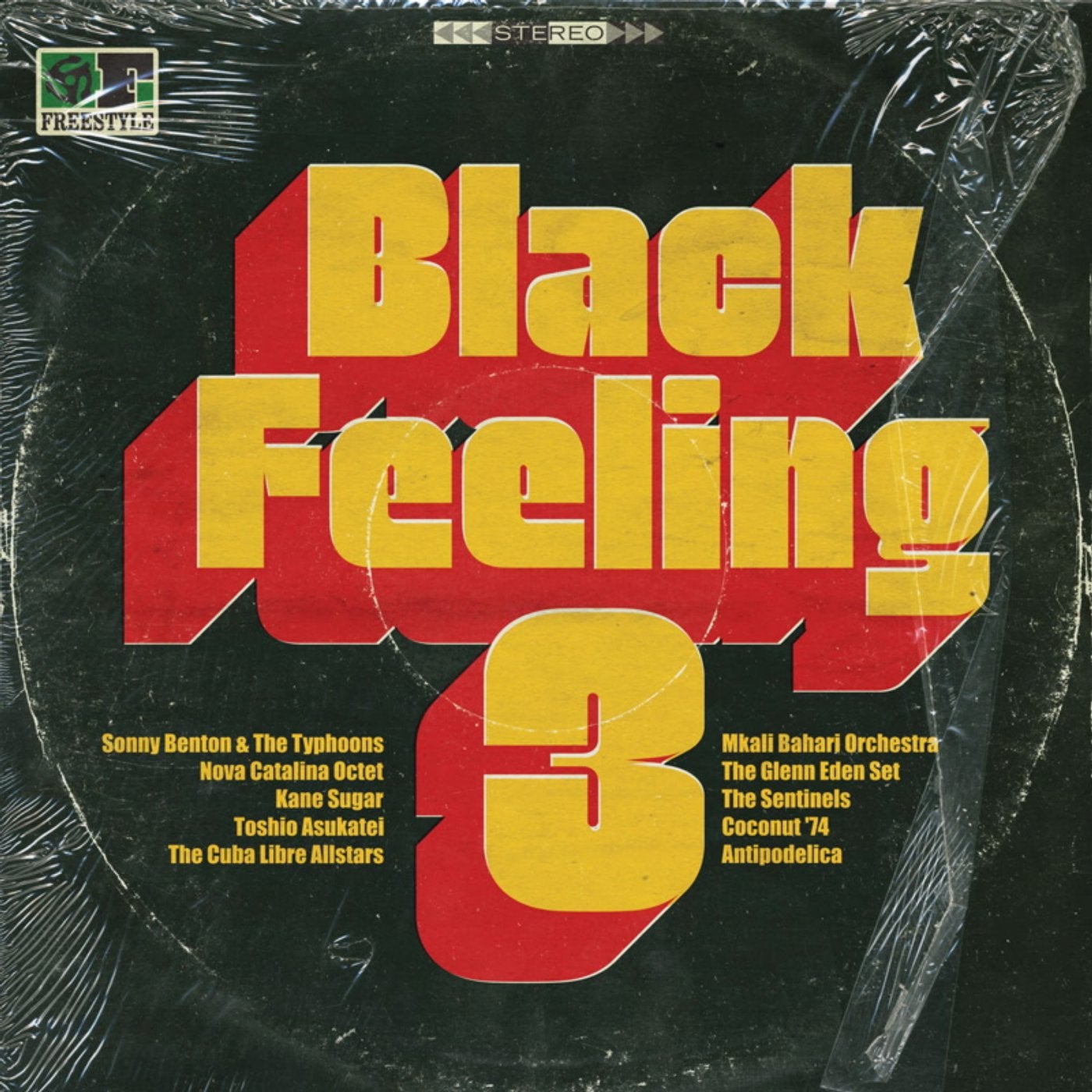 Black Feeling, a rhythmic feeling, a soulful feeling...
The previous two volumes of Black Feeling compiled a wealth of new and old discoveries culled from our musical explorations around the globe. In many instances the recordings were unearthed from unreleased master tapes, private-press vinyl recordings and little-known local releases. It is now with great excitement that we present to you the latest instalment in the series. And what sonic treasures does Volume 3 hold in store for you, the listener?
Among the recent discoveries a real jewel-in-the-crown is the Mkali Bahari (Swahili - English translation: 'Raging Sea') Orchestra's version of 'Black Rite'. The 12-piece group released only one album in their homeland The Democratic Republic Of The Congo in 1974, from which this cut is taken.
Other rarities include Kyoto-based Toshio Asukatei's take on the Herb Alpert staple 'Rotation', which was mastered directly from the only known copy of the 7" single (please excuse a small amount of vinyl 'noise'), and the never-before-heard rendition of 'Valdez In The Country' from Florida State College band The Cuba Libre Allstars.
From the far-flung corners of the globe come two selections from New Zealand and Australia: Jazz/Fusion act 'Antipodelica' liberally stretch out on Dexter Wansel's 'Life On Mars', and the Auckland-based guitarist Glenn Eden deftly lends his vocals to the opening theme of 'Buckingham Palace'.
If the South American sound is your thing (and it has very much become 'THE SOUND' for the current crop of hipsters) then steer your stylus toward the two selections included here from ensembles originating in Rio de Janeiro: The Nova Catalina Octet and The Manuel Azevedo Quartet. Both artists are well known as Jazz stars in their home town, but here they incorporate more traditional Brazilian rhythms into the fray and the results are scintillating.
Elsewhere, Texan organist Sonny Benton and his Typhoons deliver a brooding and insistent rhythm on 'Brothers On The Slide', and Chi-Town high school band The Sentinels graduate in flying colours on 'Razorblade'.
Now hold on to your armchair (or the one you love), as we take off at a speed of thirty three and one-third revolutions per minute to the enchanting, evocative and pulsating rhythms of Black Feeling Vol. 3.
Nelson Frucage
Senior Lecturer - Dept of Musicology, University Of British Columbia