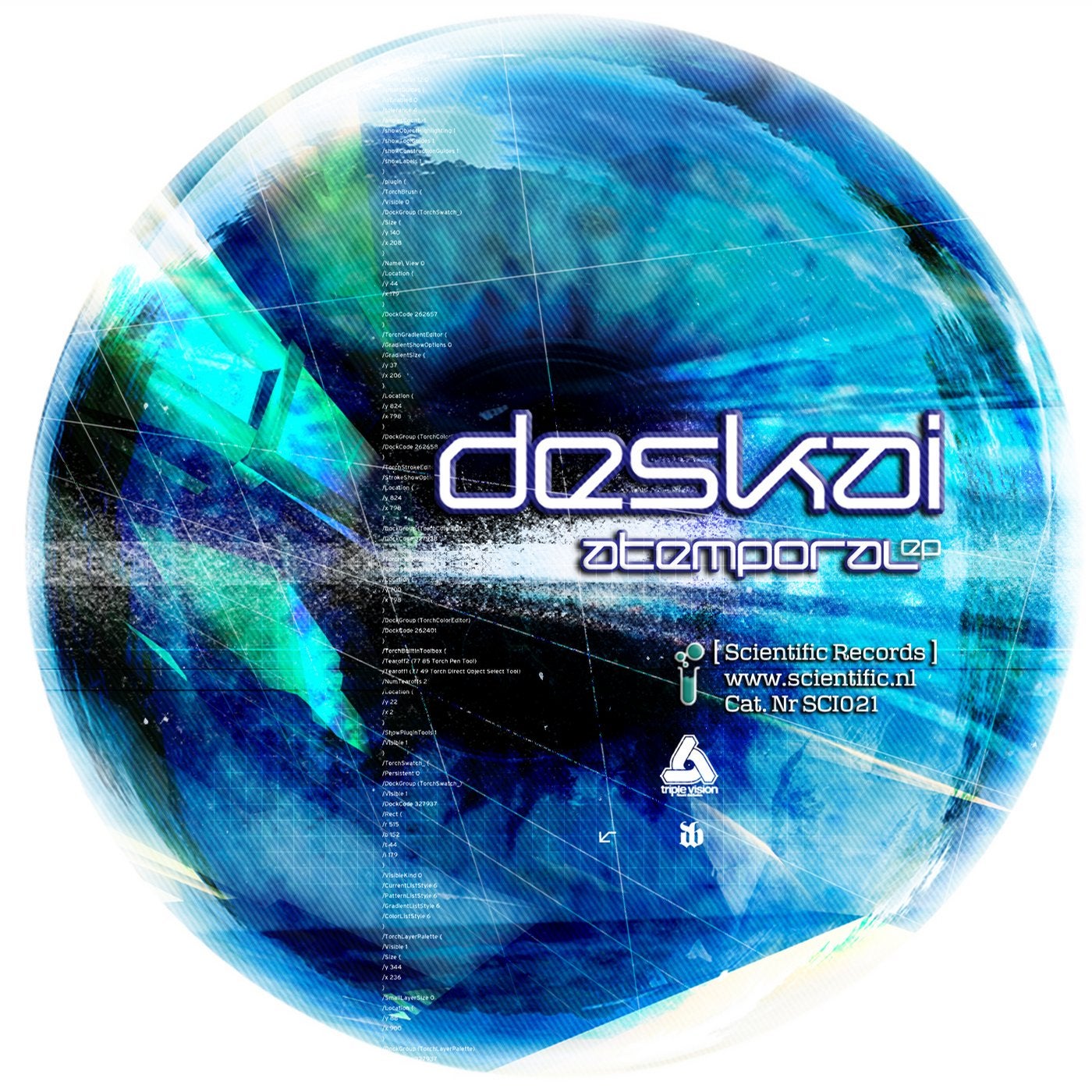 Oliver Reissig aka Deskai, hailing from Paris and currently residing in Berlin, is no stranger to the drum & bass game. A devoted drummer, a skilled DJ, and a talented producer, drawing heavily on the aesthetics of the sound of the 1990s, with his releases gaining recognition among e.g. LTJ Bukem, Blu Mar Ten, John B, Seba, Stunna, Future Engineers, Electrosoul System, LM1, Tidal, Mav, Rogue State, Method One, or PBK (to name a few), he's now about to serve you his latest EP called 'Atemporal', released on a limited 12" on Mav's 'Scientific Records'. The EP is a powerful combination of fast-paced and rough-edged atmospheric d'n'b, heavy-drummed, take-no-prisoners rollers, and hazy jungle excursions; a pack to deal a heavy blow and leave you craving for more, to put it in a nutshell. If you're after something fresh and exciting yet with a pleasantly familiar touch at the same time, look no further and hop aboard this train heading straight and directly to the land of 170 BPM. http://www.facebook.com/scientificrecords http://www.soundcloud.com/mav http://www.scientific.nl