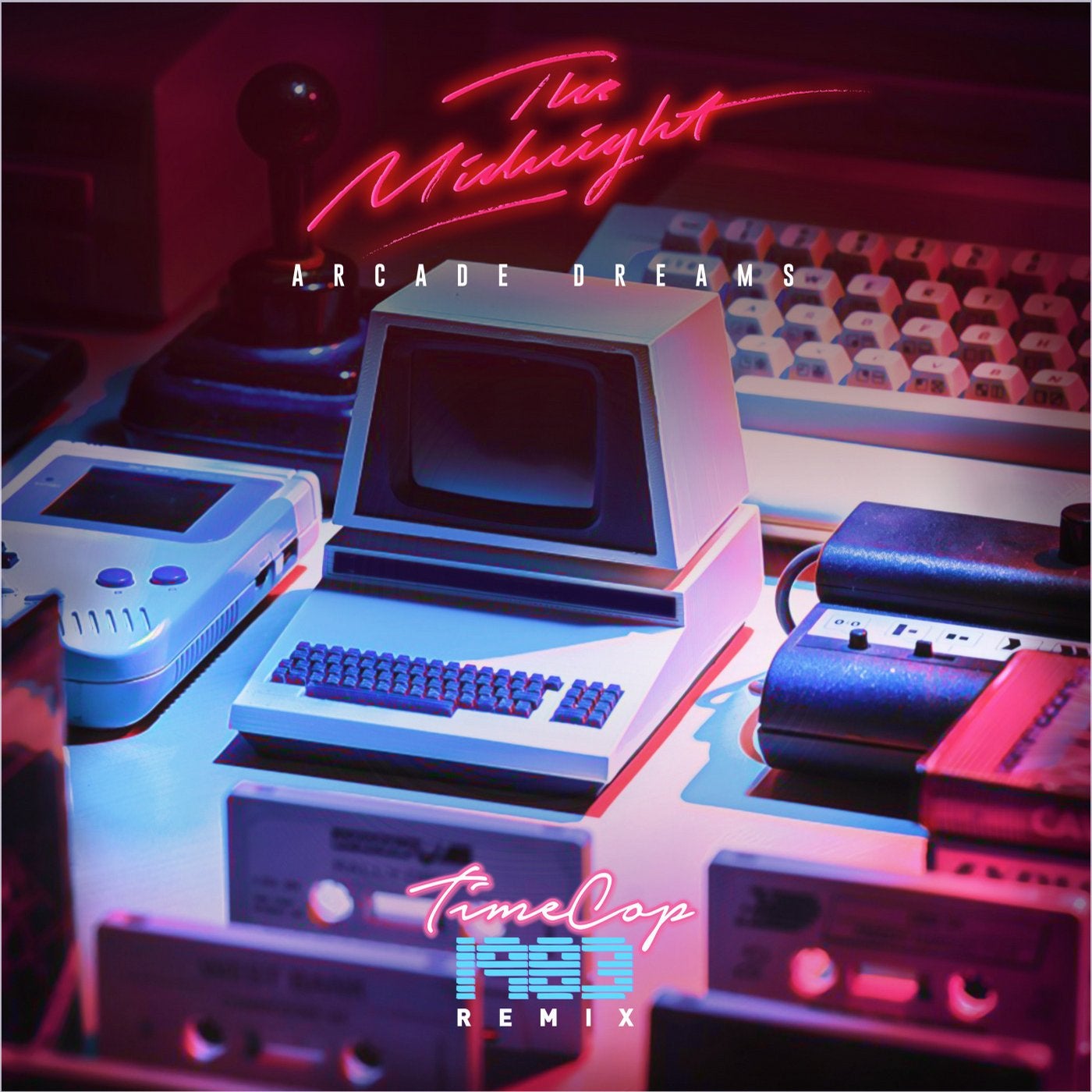 The second single from our forthcoming "The Midnight Remixed 02" album features the legendary Timecop1983 aka Jordy Leenaerts, a dear friend and occasional collaborator of The Midnight. With last year's single release, "Static," the synthwave community witnessed the first ever co-production between these two celebrated acts. For the first time, Timecop1983 has graced The Midnight with a remix of their work: an ambient-retro rendering of "Arcade Dreams," one of the most cinematic and thematically rich pieces from The Midnight's recent "Kids" LP.

Timecop1983's ornate take of "Arcade Dreams" begins with some of the most familiar motifs from the original version of the tune, as well as the "Kids" album as a whole, including the eternally cheerful voices of children at play in the background. Following a one-minute cinematic intro that centers on soaring, retro-laden synths, the listener is treated to an infusion of "live" drums, which bolster the anthemic power of the composition. The patient crescendo of the arrangement finally comes to a climax with an intensified drum sequence, as well as the arrival of several gorgeous new variations on the main melodic themes. Completing the narrative, Jordy leaves us with the glitchy echoes of a chorus of 8-bit video games, the ultimate sonic homage to the soundtrack of our childhoods.