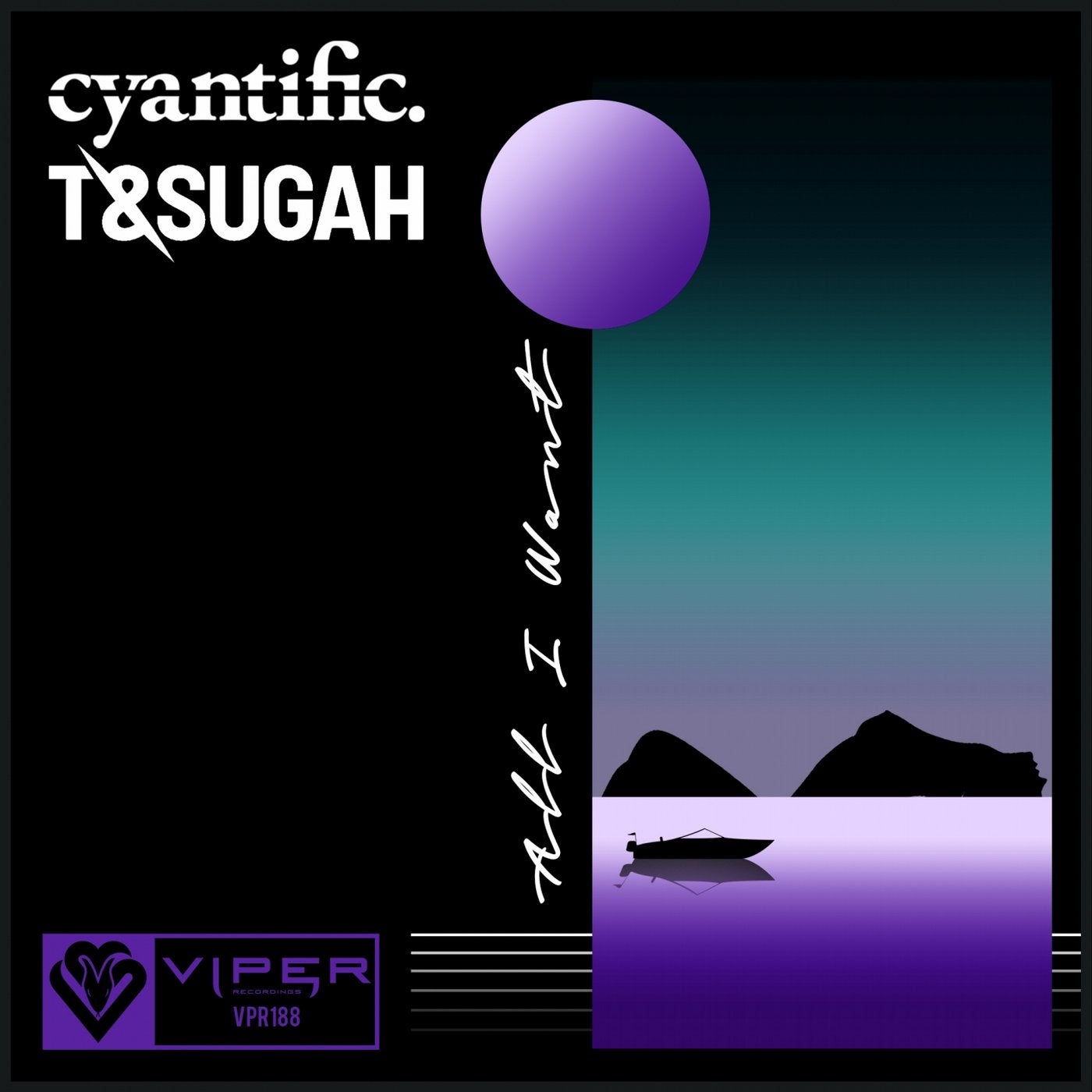 Now one of the most widely revered DJs and producers in the game, Cyantific has had a long and successful career as part of the Viper family for many years. Between last year's 'Bloodline' LP, millions of collective streams , shows at the biggest events all around the world, and a distinctive sound that has flourished over the past two decades, there is no questioning Cyantific is a force to be reckoned with. Now, teaming up with Cyantific for Viper's newest release are steadily rising stars T & Sugah, who made their Viper debut last year with the clever 'Out of Time' and 'Tripod' with Dualistic after previously releasing on Viper's VIP sister imprint. With two hugely influential names coming together for a collaboration, an epic result is expected, and 'All I Want' more than delivers. Fusing together Cyantific's trademark retro-futuristic sounds with T & Sugah's signature euphoria, the two seem to be a match made in heaven. A suspenseful build-up grabs the listener's attention with mesmerizing vocals that pull you in amongst the vibrant synths and colourful pads as Cyantific and T & Sugah's influence weave in and out of each other flawlessly throughout the duration of the track. Another strong addition to the always growing Viper catalogue, this bold & lively tune is set to bring extraordinary levels of energy to dancefloors all around the world.