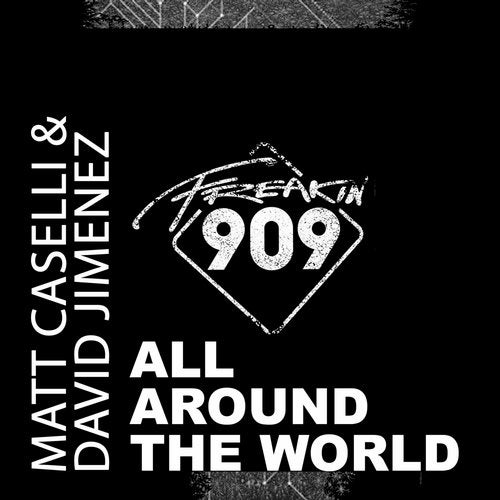 Hype
Freakin909 presents the world famous production duo of Matt Caseli and David Jimenez with a new original track - 'All Around the World'.

Ibiza legend Matt Caseli has, over the last 25 years, carved the kind of career that DJs dream of. Starting out as a resident at Bora Bora, he now resides at Pacha and celebrates his 15th year there playing with the cream of the House scene.

On the production front, Matt cut his teeth making Jungle and Drum'n'Bass with Baby D back in the 90s striking gold with a UK Top 10 (I Need Your Loving) before moving to the relatively serene sounds of House releasing on seminal imprints such as Peppermint Jam and Soulfuric. Zurich-based Jimenez has worked with Matt for over a year now and has tracks signed to Great Stuff, Zulu and CR2 to name a few.

Full of sunshine and good times, 'All Around The World' opens with a congo groove and deep, satisfying rolling bass. Spoken word vocals and all manner of wonky FX keep the vibe fresh and powering forward. This is one secret weapon that will never get old.

All Around The World