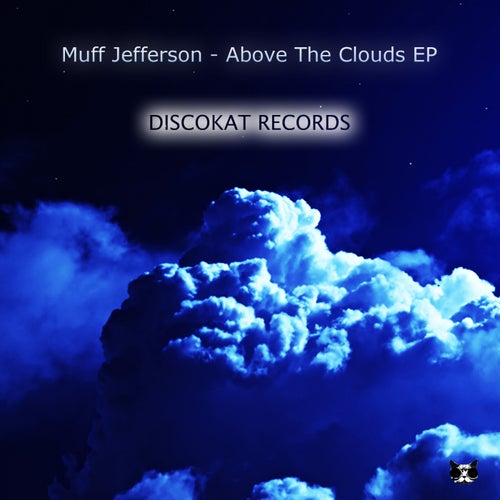 For the 155th release by Discokat Records debuts from Colorado (USA), DJ & Producer aka "Muff Jefferson". Grew up in Southern California, graduated from SDSU in Construction Engineering, and then moved to Colorado to pursue adventure in the mountains and rivers. Playing the drums in pop-punk / post-hardcore bands growing up, there was a sort of natural evolution into electronic music as one of his bandmates started programming different elements over their lives sets. He quickly became obsessed with production, which gave far more creative control than just a 5 piece kit (and didn't require meeting up in a garage with anyone else). From simply attending festivals like Lightning in a Bottle, to working for Insomniac Events as a PA and Ground Control, he immersed himself in the music world whenever he could. It was not until stumbling across Giorgia Angiuli at Suicide Circus in Berlin, that he realized dancing through past the sunrise is the most enjoyable thing to do, and a 4 on the floor was the best way to do it. Desert Hearts further instilled this feeling with their 72+ hours of non stop house and techno on one loving dancefloor, year after year. An extended Chris Liebing set at Club Beta and open to close Sacha Robotti set at Club Vinyl (both in Denver) left him missing clubs during the 2020 pandemic, so he upgraded his controller, built a booth with an LED fireplace, and put decks in the living room to feel more at home. After endless nights in the studio and years of developing a unique style, he is pleased to share his debut EP 'Above The Clouds', featuring a self titled single and three other tracks you are sure to groove to. Expect to see many deep / tech / house releases to come. Also keep an eye out for his live mixes, which will blend together your favorite memories as you create them. This release includes: Above The Clouds Ft. Equinox, Who's Gonna, The Space Between Us & Cocaine Jack. Mastered by Jay Tripwire. DISCOKAT RECORDS 2021, Copyright All Rights Reserved.
Demos: discokat.records@gmail.com
https://web.facebook.com/discokatrecords
https://soundcloud.com/discokat-records
https://www.instagram.com/discokat.records/

Above The Clouds EP