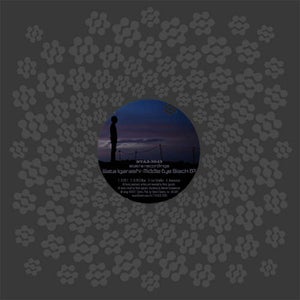 Wata aka Wataru Igarashi, a multi-talented composer, guitarist, DJ and recording artist, spent his childhood absorbing the cultural eclecticism of Tokyo, London, and Madrid. At fifteen, he began his music career in Madrid as a punk-guitarist for a skate-rock band called F.O.D., frequently playing at skate championships and live-houses and getting featured in Spanish Skate magazines.

After his return to Tokyo in 1992, he shifted his musical focus to less convention-following free-improvisation and jazz, and formed an experimental instrumental band called Indigo Cage Airlines, with whom he has been performing in and around Tokyo for 15 years. Thus far, they've released two albums "Indigo Cage Airlines" and "Occupied Vacant".

From 2003 to 2008, Wata made valuable contributions to SYN Entertainment, a Tokyo-based music production company co-owned by Nick Wood, and Simon Le Bon of Duran Duran. Attaining the role of musical director there, he composed and wrote scores for numerous successful TV commercial campaigns, commissioned by corporations like Toyota and Sony, and released several songs under the SYN label, including "Gente Bonita", which rose to No.22 on the iTunes dance chart.

Recently, he has been directing his diverse musical energies toward the dance floor. Of late, he's also been producing some distinctive, groovy techno tracks. Of his creations, says Wata, "When I make a song I want to make sure that the song is trippy enough to take you somewhere." Clearly, as an early globetrotter himself, he wants to send his listeners on a journey of their own.
The music he produces is made up of a myriad of elements from his diverse musical background. He seamlessly runs the genre gamut, merging andre-shaping earlier influences of punk with more sophisticated free-form jazz and sharpening his chops on more cutting-edge, deep techno groove and electronic beats. He's served well by inventive sensibilities and a keen understanding of modern technological tools now at the disposal of musicians and composers.
Statra Recordings