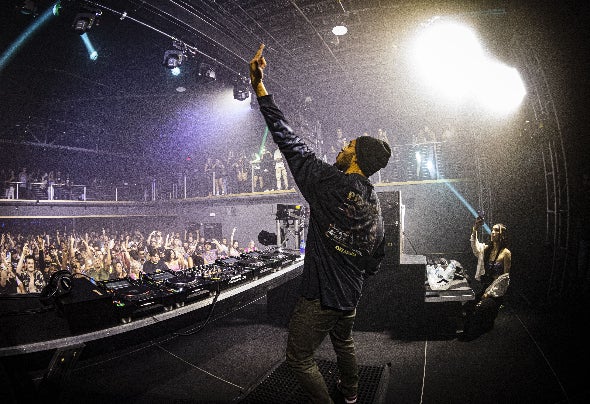 Daniel Pacheco, better known as VRG, is a Mexican-American DJ/producer who has gained the industry’s respect all the way from his hometown, Boardman, Oregon. Hit singles such as, “Womp Womp,” “9Mili,” and “Came In This,” proves his genre-defying sounds and led him to build a massive following within the Trap-Bass community. His heavy hitter tracks have been played on stages worldwide by prominent industry tastemakers like Carnage, Flosstradamus, Snails, DJ Mustard, Zomboy, Boombox Cartel, DJ Diesel, Riot Ten, GTA, Kompany, and many more. As a sound design master, he is pushing his music to the forefront with knock-out releases distributed by Heavyweights, Subsidia Records, Emengy, and Space Yacht. With 2 million streams throughout all platforms, VRG has risen to the center stage with some of the most creative genre pairings this industry has seen, making him a rising star to look out for. www.soundcloud.com/vrg_music www.twitter.com/vrgmusic www.instagram.com/vrg_music