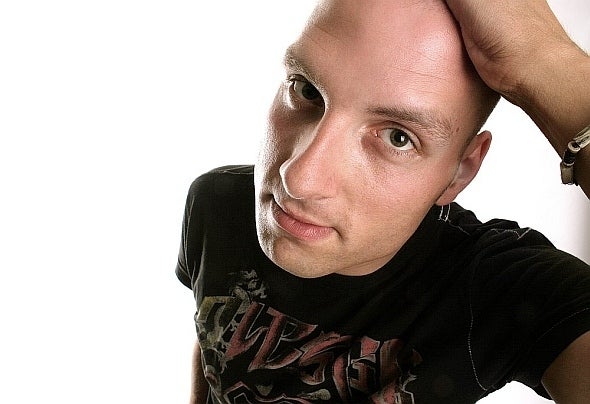 Becoming a famous Dj can be very hard time, if you were born in a town called Rosenheim. Rosenheim? Yeah, its okay, there is no one who cares about it. Just as an information; its a small town beyond Munich.In 1978 a little boy called George was born, and after some years and a typical german teenhood, he went to a big Rave in Munich, where he saw Carl Cox. From this moment on, everything changed. He buyed turntables, records, flew all around the great places of techno, became a junk on techno music. It wasnt really easy to start soemething like a techno scene in his hometown, but he belived in his dream (oh my gosh this is very epic isnt it???) and started the Groovesolution Partys in several clubs, especially at the Garageclub where he had his weekly clubnight. Andre Galluzi came to play with, Hell, Moguai and many many more.This was the beatyful first chapter. The 90s were brillant for techno and they loved George.Unfortunally the Garageclub closed and it became always harder to start raves and techno partys, but then in 2006 he decided with Groovesolution Dj and buddy Dario Delgado to found an own club.The 100quadrat was born, and onto this day they realized a real techno community in this small town, with a lots of friends, residents nd some realy big bookings (bodzin, liebing, schumacher, westbam, marusha, lorber, lutzenkirchen, koletzki, and many more...)In 2008 George released his first Vinyl, together with the third Groove Soluter Pele (Connosieur/MBF) called „Requiem for three Cellos“. A strictly minimal track, based on classic techno tunes, big delay sounds and an itchy sweep hookline. The second chapter of producing started 2009, with „Vers 8“ (unreleased) which can be describe as a kind of tribal techno that really kicks ass. Also bass becomes very imprtant in Geroges tracks. In 2010 he started his own Label "Quadrat Recordings" with his guys Pele & Dario and there will be some unforgettible Clubtracks !!! So watch out what this guy does next. It will be very important. 2011 he got signed with his DJ Partner Delgado for the Munich Based Label "Great Stuff"At the decks, he plays what rolls, he has a lot of knwoledge after 17 years of djing.