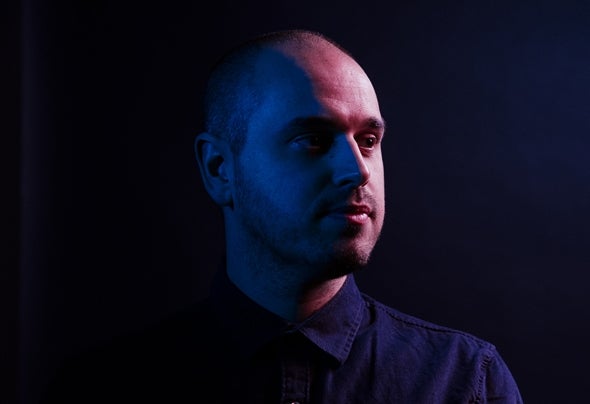 Soul Intent aka Alex Judd has been DJ'ing since he was 15. On first hearing a DJ Randall mix whilst at school, Alex knew he wanted to become a DJ.In 2005 Alex set up Brutal Recordings with a few other Nottingham based DJ's and producers under the name Dataset. Though the label only managed two releases before it was abandoned.Then December 2006 he sent off a CD to Mary Ann Hobbs at Radio 1 who responded pretty much straight away saying she was going to play 'Jus Vibe' (Blindside Recordings) on her show that same week. A few days later after DJ Flight played 'Bibio Dub' on her Next Chapter show on Radio 1's digital station 1xtra. Then shortly after that the Godfather himself (thats Grooverider for any younger readers) on his Friday night Radio1 show. "I'm expecting big things from this guy" remarked Grooverider. Then in 2010 a big personal goal was achieved when Pendulum included 'Rebel Music' in their Radio 1 Essential Mix.Alex has taken his Soul Intent sound across the UK and Europe, DJ’ing at some of the most respected parties in the land including City Flow (Belgium), Star Warz (Belgium), Sun & Bass (Sardinia), Cheeky Mondays (Holland), Airport Jam (Estonia), Fabric (UK), Detonate (UK), Spectrum (Ireland) and Soul In Motion (UK).In March 2013 he started his own imprint Lossless Music. Early releases have enjoyed high praise of some of the leading music press including DJ Mag (9/10 for LOSS004) and Mixmag (DnB Tune of the Month for LOSS005).In May 2017 Soul Intent released his debut long player 'Delusions Of Grandeur' on his own Lossless Music imprint.