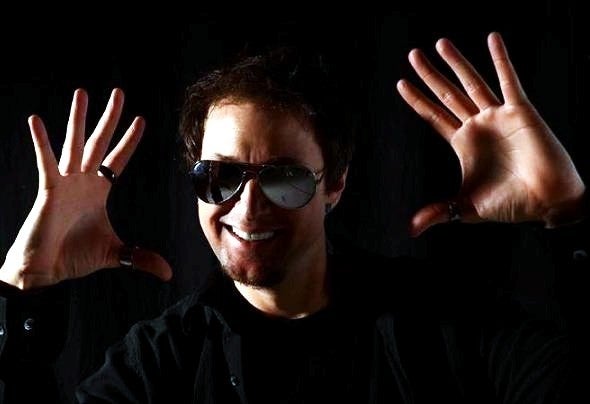 For Sean Essex, a DJ is measured by the details. Coming up in the rave scene, Essex learned early on that you have to FEEL the music. A trance DJ at heart, Essex uses his music to tell a story. He enjoys taking listeners on a journey through the dark, upbeat trance music he plays. The smoothness of his signature transitions guarantees that the listener will never come down. His ability to read the room and interact with the crowd has made him a favorite amongst both ravers and clubbers. “I switch energy”, Essex has said. More than once, Essex has taken a dull room and flipped the energy in the opposite direction. The entire room becomes a dance floor. He is considered one of the most technically sound DJ’s in the American Southwest. Essex draws inspiration from many sources. He is heavily influenced by rock music as well as the 80’s. His trip to Greece in the summer of '08 showed him Europe’s flavor of music. The progressive tech trance he plays comes from his years of experience as a rave and club DJ infused into one sound! Sean Essex has opened up for some of the biggest names in dance music like John O’Callaghan, Gareth Emery, Matt Darey, Christopher Lawrence, Darude, Rank 1, Blank & Jones, Andy Moor, and ATB at the famous Spundae’s in Los Angeles as DJ Essiccs. He has shared the decks and destroyed dancefloors with Armin Van Buuren and Paul Van Dyk. He is currently a resident of GIANT Wednesdays and Global Show like Monster Mash, La La Land & The Big Event. Sean utilizes his 13 years of experience to produce the next generation of trance music. That story began with a joint collaboration with Vibe Shock, who had already received huge support by Paul Oakenfold, Kenneth Thomas and Matt Darey for his massive anthem 'Invasion'. The debut single 'Double Take', on the famed Embarcadero label was just a taste of great things to come from this future star.