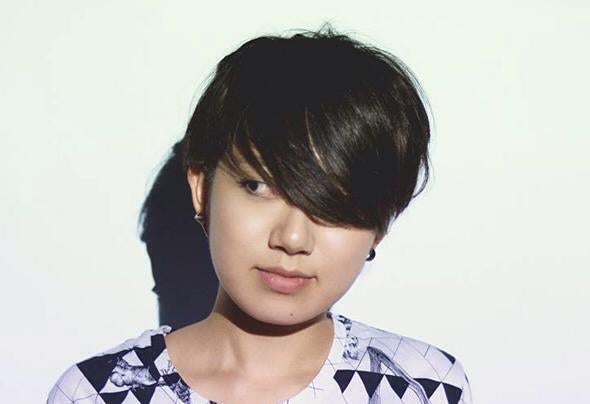 Sakiko Osawa is a exciting and sought after music creator, producer and a DJ, based in Shibuya, Tokyo. By the produce of “Oiran Music”, she released her first EP “Tokyo Disco Beat” from 7 Stars Music (Amsterdam) on February 2014 and hit Top2 in the electronics chart on iTunes.She was born in Iwate prefecture and started her music career by playing Violin at the age of 3. However, once she discovered a world of Rock in the school days, she formed a mixture rock and punk band and played bass-guitar. She did not take time to choose her career; she entered one of a top art college in Tokyo, Nihon University College of Art, and majored Music and studied Music Information, Acoustics, Recordings, and Media-Art. She researched her own surround sound system which differs from the standard but uses eight speakers at once.Since rave culture attracted Sakiko’s interest when she was 20, she has approached music using various inspirations from wide range of un-musical sources. She entered one of the top visual production company and acquired knowledge and skill of projection mapping, visual directing, and interactive broadcast system. Her interest expands to fashion as well, she wears “Triangle” motif clothing and accessories and expands her creativity in music.Sakiko played her live set at “Shibuya Oiran”, one of the famous warm-up bars in Shibuya and met with a DJ, lyricist, and producer of Shibuya Oiran, Venus Kawamura Yuki and scouted to play at her dance music specialized internet radio “block FM”, which is considered as a BBC radio1 in Japan.Sakiko’s thrilling and solid character has become one of the essences of new Japanese beauty and her one-of-a-kind sound is considered as the future for the next generation.