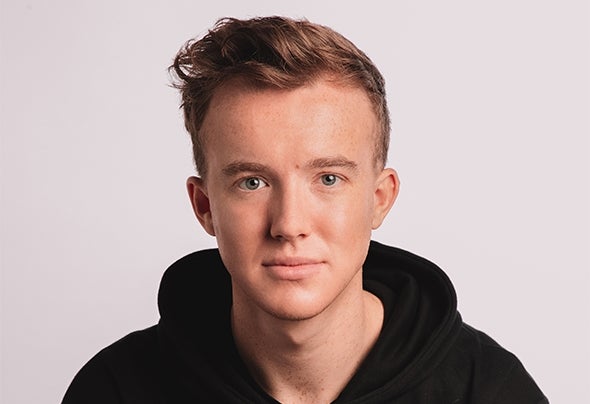 At just 20 years old, Owen Norton is already an accomplished producer. His remix for Flo Rida released in 2016 was the rst of many high prole mixes Owen would go on to release. From remixes for The Chainsmokers, to Selena Gomez to R3HAB, Norton has his foot set rmly in the dance music scene.  With a string of original releases in 2016 and 2017 proving Owen’s versatility, it only made sense that he would be approached by the likes of Columbia and Interscope Records to remix ‘Sick Boy’ and ‘Wolves’. Summer 2018 was a big one, seeing the release of ‘Hold On Tight’ (remix for R3HAB & Conor Maynard), which was streamed over 10 million times.  2019 kicked off with an ocal remix for Jonas Blue, that was premiered on the Ultra Miami mainstage, and was a staple in Jonas’ sets, being played at Wembley Stadium and Tomorrowland. It wasn’t long until Norton started to tour himself, making his international debut on a 7 city tour in China. His energetic performances saw him play around Europe too, playing prestigious venues like Pacha and Victoria Warehouse.   Shortly about to drop is his rst solo single in 2 years. From here Owen plans to set the pace with a release schedule that will see him unveiling a lot of creative output in the coming months, alongside a touring schedule that in time will no doubt have his name climbing up international billing ladders. So stay close by because Owen Norton is about to go far and wide!