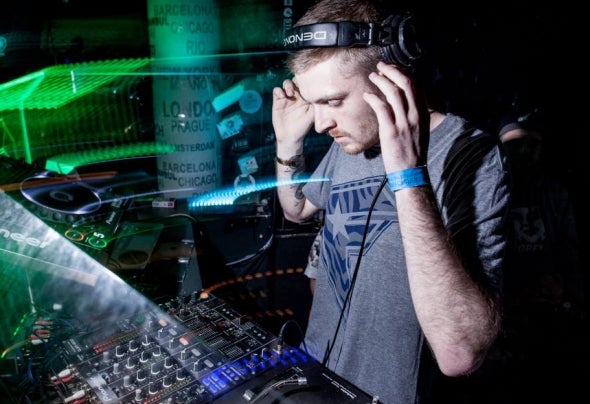 Nyno knew from early on that his true passion and love was for Music.At the early age of 12 years he tried himself on his Brothers' Turntables for the first time. What was at first just fun and games quickly turned into a true passion. From this day on, he would use every possible second on the Turntables.In the beginnings Nyno experimented with Dubstep, but the techniques of this genre (Filter, Scratching) didn't satisfy his desire.After switching genre to Tech House, he rapidly began mixing his own sets.Thanks to his passion for music, his friends knew that if there was a party, Nyno would throw it. His friends discovered his talent quickly and developed a Soundcloud and Facebook page without Nyno knowing about it.From that moment on he discovered what his friends already knew: his music comes on good with a lot of people. Regional gigs came quickly.He is and always will be pushing his limits to the max; it was only a matter of time until he started producing. Nyno took the step towards producing early 2012.Nowadays his music is influenced by the crisp bass of the Dub House genre mixed with the driving elements of Tech House. This mixture is what fascinates the crowd.Nyno is also a co-host of the Events „Stromverschwendung“ in Ludwigshafen and will release his first Ep's through several labels in 2013.