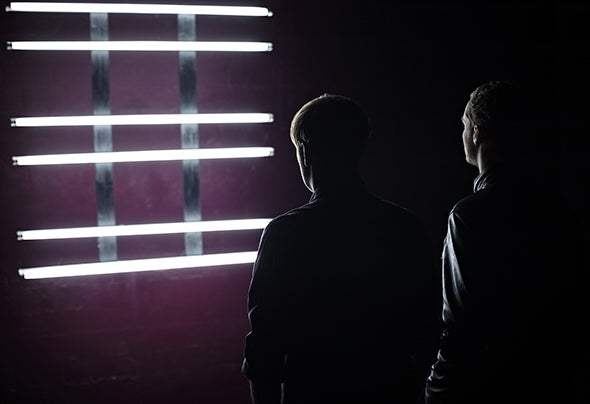 //neo [neo], ancient greek, from neos, new//signal [zŋnal], a sound, image, message or impulse transmitted or received through communication, media, voltage or current.// neosignal is an electronic music band from Hamburg / Germany. With fans like Amon Tobin, Skrillex and Noisia, you'd expect neosignal to offer something different - and the German duo certainly don't disappoint. Their sound is imbued with deep cinematic themes, explosive energy, precision sound design and yet analog soul. One can say that Florian and Michael developed an own sound best described as a mixture of hard-edged electronic music with a touch of rock and funk beneath the German engineering. Their music is just about as far from the world of bottle- popping, deodorant-selling dance music as is possible.