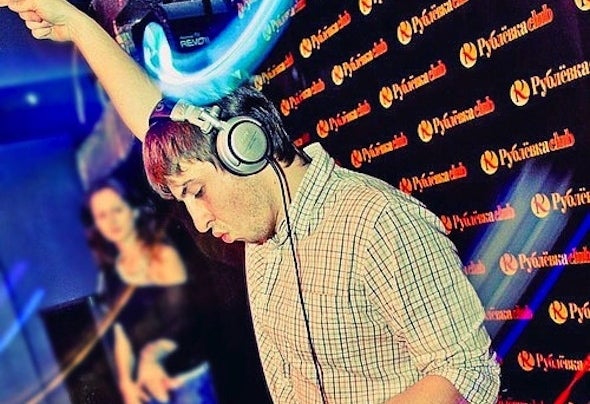 DJ ANDREY MANJINN - a bright star Rostov techno scene, the executor of the fresh sound in the style of minimal, deep, tech-house, ex-member of the project Sound-clash DJ'S and promogruppy Platform Dab, co- founder and founder Prodyusserskogo tsetra Zakrytoe sky and school DJ DJ- FABRIQUE L. E. Early career - 2003 Andrew has learned to reduce by one hour to the time when duty to the Motherland for two years separated the young DJ with the plates, had already otigrat all clubs at that time existed in the Rostov and its surroundings. And even in the difficult days of the service, he often secretly ran away from the side to give good music clubs posetetitelyam «MEGA PROJECT» and "Jumanji," the city of Saratov. June 20, 2008 at 10:00 am Andrew ret urned t o Rostov-on-Don, and at 10 pm was standing behind the turntables in the DJ-café «PARADISE». This was followed by active work in the project Sound-clash DJ'S, promoters activities in the club Paradox, a series of private parties in DC RDVS and organization of the Bat t le DJs wit h Radio Record. Year 2009 ... Well-formed circle of fans, creating a promotional group «Platform dab», renaissance club Paradox and growing popularity. Guest sets in K-21 clubs, Cuba Libre, Quarantine, The Old Place, Studio 61 ... 2010 was the date of the birth of the creative duo "Zakrytoe Sky" with DJ Dasha Vibe. The first event of the project, Closed Party Trip «Snow", was an unprecedented success, and the club «LaGazzetta», which took place in the party simply could not accommodate everyone. For a bright start followed by a worthy sequel. On account of the project has more than four successful events and serious plans for the future, as well as dozens of successful sets at clubs back2back Asmolov, Quarantine, Bob & Bullet's, Giotto (Rostov-on-Don), Sweet house, DK RDVS (Bataysk), ID (Shakhty) Old Town (Kamensk Shakhtinsky), LaGazzetta (Novocherkassk), house-bar "THEME" club project KoraBUS, as well as guest sets in t he program DJ Vinyl Collect ion on t he air "Radio N» (Novocherkassk).