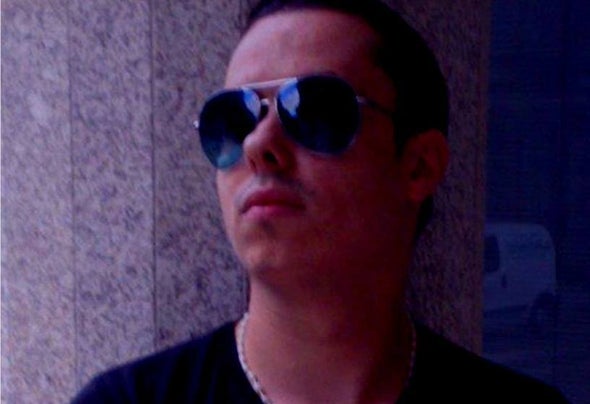 In the 90's more precisely in 1997 he dedicated himself completely to the electronic music influenced by various national and international Djs as such as Dj Vibe.At 15 he decides to build his studio and to collect vinyl's having as an influence the house and techno but always remaining true to his underground origins, his sensibility mixing music and his musical selection it makes him one of the new values of the dance scene to take into account. In 2002 he was invited to play in the metical club Rock's one of the best clubs on the time, later on in 2006 he also worked in the club Mau Mau , both of them in Oporto ( Portugal ). In 2010 starts a new era of his career creating an alter ego called "Matrik" to differentiate the two musical genres, this one was turned to a techno version, on that same yare he was invited to play at Vigo ( Spain) in the Kalamazoo and also at the Sala 114 alongside with well known national and international Djs. In 2013 he starts a new project and creates a partnership together with Balex F, releasing their first EP by the renowned Recorder Dubtek Records from the Producer and Dj Mindskap. On the same year alongside with Balex F they launched the Tribetek an original set by the well known Grind Trax From Japan. In November 2013 they released a new EP Dark Room by the well known Aenaria Recording ( Italy ) also by the renowned Dj/Producer Luca Ricci. In that year they also released several original sets and some remixes by the renowned Grind Trax ( Japan) and he felt a lot of pride when one of the best clubs in the world referred on a post that it will be one of the revelations for the year of 2014, they started the year with a new original theme by Quanza Record (Egypt) Think about it that theme Perceptions was edited in a compilation Algarve underground Vol.2 by the Portuguese Dupe Records. He aims to achieve credibility and visibility through music production and Gigs counting on the unconditional support of all those who believe and are committed to his work.