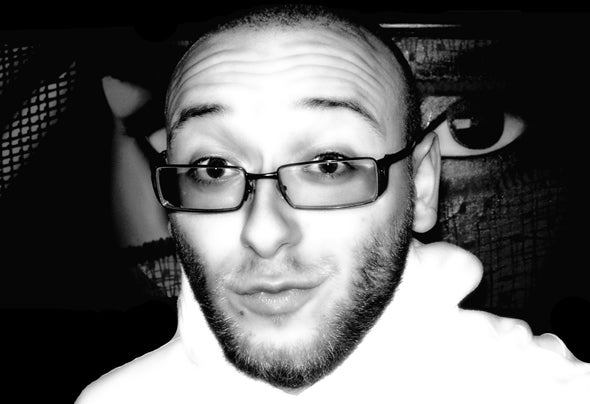 Emanuele Marzolini is the real name behind the project “Italian Mafia Dj”, "Popkorn" and “Domino” (with Dino Lenny and Rob Aker). He is an Italian DJ and producer, born in central Italy, in the magic city of Rome. His career starts at a very early age. Growing up in Roma's sunshine, when he was a 16 year old boy, he becomes the most young DJ of Radio Community and EF, two important Italian's dance radio. He practised the art of mixing and learned how to dj House and Trance music's new dancefloor rhythm. In 2006 his consecration as one of the most important Italian Dj of Trance Music. He played music with important exponents of World Trance Music like: Josè Amnesia, Fatboy Slim, Tiesto, Prodigy ,Sied Van Riel, ATB, Tiff Lacey, Carl Cox, Thomas Gold, James Holden, Sandra Collins, Cristina Sky. He has created his own label, Milk Records (www.milk- records.com) in order to express his personal vision of Dance Music. His ability to mix and his emerging studio talent encouraged many artists to release on Milk. Now, Italian Mafia Dj has emerged as one of the italian's most influential exponents of Trance and Progressive music. He is a one of the regular guests in MTV Day After Party celebration. In August he has been nominated "Best Italian Dj of the Month" by Trance Italia Magazine. He produced tracks with Tiff Lacey, Jose Amnesia, Dino Lenny. For the last years Emanuele Marzolini has helped develop the Italian underground dance music scene. From touring full time as a Dj, to his production & remixing he has amassed a dedicated fan base, crossing over the progressive house to trance.