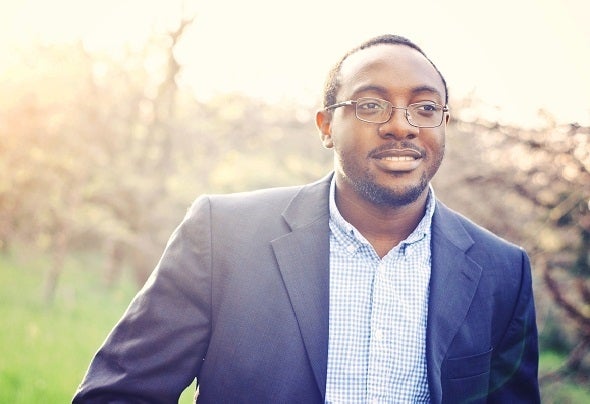 Medical Student who like to make all types of music.Eliel Arrey is one of the rising figures in the electronic dance & general music scene. Prior to releasing his own mixes, Eliel Arrey started as Dj in Dallas, TX., doing small shows and parties for his Church's youth group. Those days as a Dj really laid down the framework for Eliel Arrey as a producer. The distinctive happy, uniquely melodic, and upbeat dance vibes are very consistent in all of his musical productions. Eliel Arrey has grown over the last couple of years as a respected artist in the EDM community and one who is paving the way for new and unknown artists around the globe in the process. With now close to 100 collaborations, Eliel Arrey believes this is just the tip of the ice berg. “I believe there are so many great artists out there, and making songs on your own can get boring at times, that is why I spend time every week on internet blogs and music sites scouting for new artists to work with,” said Eliel Arrey. He continued to say that “learning from other artists is what inspires me and it is such a beautiful thing because in any music collaboration, every artist has brings with them a unique sense of creativity.” Eliel Arrey has released many songs that have been successful hits to EDM communities around the world. He has been previously ranked #1 Dance artist on Reverbnation.com for over 60 consecutive days. His hit track “Taking Me Back” with Steve Owner was ranked in the Top 10 on demand hit songs for unsigned artists on iHeart Radio for 4 consecutive weeks. With great support from several blogs and influencers in the EDM world, Eliel Arrey still has a great path ahead of him and is one to look out for in the coming years. Eliel Arrey does not like to think of himself as an artist but as a Dj. He states that all his songs are "mixed in the way that he would mix them if he were performing live." Unlike most other electronic productions out there today, those of Eliel Arrey have been characterized with unique instrumental sounds and harmonies. Eliel Arrey is noted for his unconventional use of guitars, organs, flutes, trumpets, horns, and saxophones in a variety of his productions. He has attributed this style of Electronic production to his background as a child growing up in West Africa. He comes from a home of gifted singers. Eliel Arrey himself sang for an all-boys accappella group for four years when he was 12 years old. The most unique part of it all is Eliel Arrey has not always wanted to be a musician. He is currently studying for his Doctorate in Medicine and graduates in 2017. He is well known to students of UT Arlington as the founder and president of Get More Out of College, a non-profit entity that provides free resources to college students worldwide taking biological sciences. Also at UT Arlington, he was a supplementary instructor to two Biology course and a tutor to nine other courses. He is an expert author who has written several popular articles for Ezine Articles and Article Base. Above all, Eliel Arrey states that music is his haven. At the end of every difficult and challenging day or week, making music in his home studio is where he finds his solace and where his imaginations are set free. In fact, in his own words, "making music ignites his spirit and reminds him of the beauty of life."