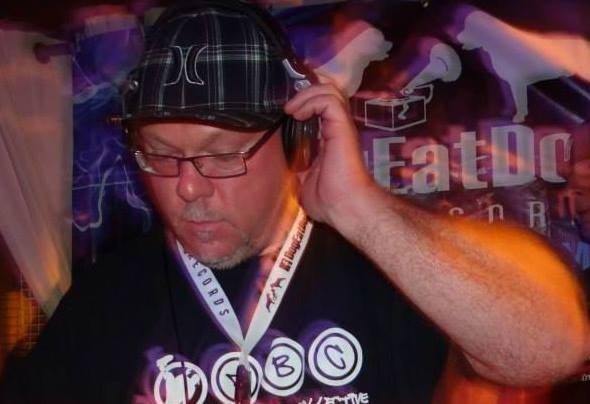 From the glory days of roller skating to the 90s era of Generation X, one of Florida’s most powerful breakbeat DJ emerged: DJ Rob-E. With 35 years behind the decks, Rob-E has become a staple in the breakbeat community. Rob has held countless residency's at the top clubs in Orlando and abroad, From his Cloud 9 parties at the legendary JJ Whispers, to his endless nights at the legendary Infinity. Rob also held residencies at The world famous Club at Firestone as well as a bi-monthly residency at San Deigo's 4th &Broadway for 3 years! Rob also hosted a Thursday night residency at the Groove at Citywalk where he hosted nights with some of the worlds finest DJ's, with the likes of John Digweed, George Acosta, Sandra Collins, Quiver, and many more.Having played in just about every major city in the states, and all the way from Canada to Mexico, Puerto Rico and abroad, Rob-E has created an enormous fan base. Having over 100 releases and four acclaimed mix CDs under his belt.In 2004,After 25 years behind the decks and in the studio, Rob took a hiatus from the studio and dj booth to start a family. Returning to the decks in 2006, Rob returned with a more intelligent, progressive, foward moving sound that he has perfected through the years.Fast foward to 2014 - Rob-E has returned to the studio, Producing upfront progressive, bass driven broken beat music along with this partner in crime DJ Security as well as doing solo original and remix tracks. Rob has also returned to Firestone Live (AKA The Club at Firestone) as a resident DJ for the Orlando based Future Sound of Breaks.Rob-E continues to perfect his sound in the studio, playing select shows and doing what he does best, bringing intelligent, progressive, bass driven broken beat to the masses!